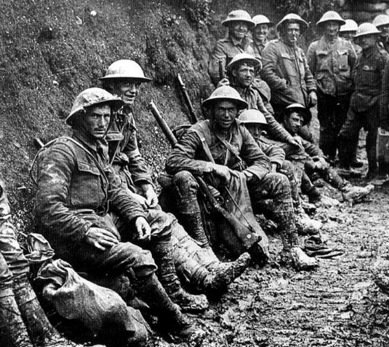 During World War I when the great conflict was raging fiercely throughout most of the Western World, it became necessary to withdraw the missionaries of the Mormon Church from most of the foreign fields, limiting the proselytizing program to the North American continent, and even there only a few missionaries

Nearly all the young men of draft age who were able-bodied were taken into the military service of their various countries.  This left the burdens of the farms and other productive labor upon the shoulders of the fathers who were too old for military duty.  Thus, the missionary work suffered everywhere.

Shortly after the surrender of the Axis powers, the young men began to be discharged from the Army, Navy and Marine Corps and returned home.  Many of them immediately volunteered for missionary service.  As rapidly as the doors were opened in foreign fields, missionaries were sent to carry on the work in great numbers, many of them returning to the very places where they had been stationed in active combat. By the close of the year 1946 there were over 3,000 Mormon missionaries in the field.  Presently there are 13,974, about 1,106 of them women.