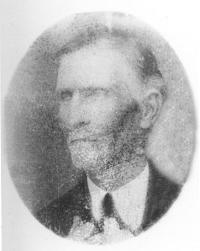 In 1852 the weeks company, led by Allen Weeks crossed the plains with 241 Latter-day Saints.  In the company were Allen Weeks’ wife, Sarah Jane Bennett and members of her family, including Sister Weeks’ mother and her younger brother, Eli, and Eli’s new bride, Louisa.

When Allen Weeks was called to settle at cedar valley in Utah County, Sarah’s family, which had traveled over the plains in the Weeks Company, accompanied Allen and Sarah.

Sarah’s younger brother Eli Bennett and his wife Louisa May Zufelt were excited to pioneer northwest Utah County because they had been assured “it abounded in fine land, timber, and grass.” Upon arrival in Cedar Valley in November, 1852, Eli and Louisa were profoundly challenged.  Still a couple of weeks away from his twenty-first birthday and his wife barely nineteen, Eli struggled to construct makeshift cabins on wagon beds and to prepare food and shelter for animals before the onset of winter.  In the spring of 1853, the Walker War forced evacuation from Cedar Valley to a temporary site in Lehi where the couple’s first child, Eli Jr., was born in June.  The settlers returned to Cedar Valley later that year.

On August 8, 1854, Allen and Sarah Weeks’ teenage son was murdered while getting a load of wood, apparently by renegade Indians. This event caused Brigham Young to stress greater watchfulness throughout the colonies and to hasten fort building and other protective measures.

The Weeks and Bennett families endured additional challenges, including difficult winters, illness, and failed crops, but eventually established themselves comfortably.  Allen Weeks became the first bishop of the Cedar Valley (later Cedar Fort)  Ward and Eli Bennett would become the third bishop of the Ward in 1882, serving in that position for twenty-four years until his death in October 1906.  What a dedicated commitment to a Church calling!