THROUGH THE length and breadth of the land this christmas season are colorful decorations and glowing lights; everywhere the swell of joyous music; everywhere the happy congeniality of people saying, “Merry Christmas!” 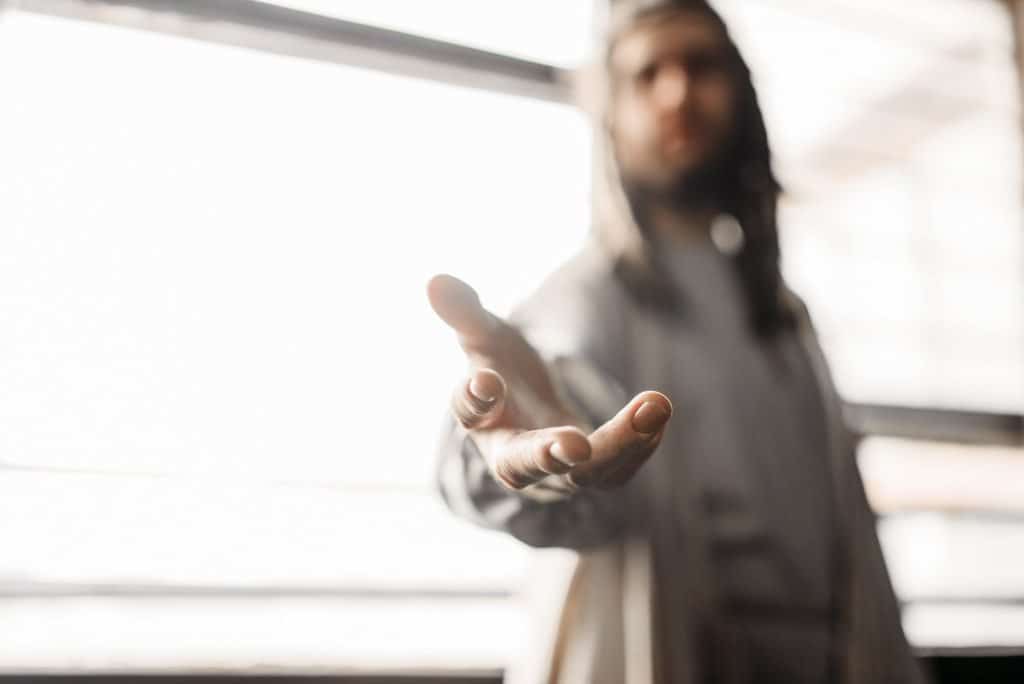 So enthusiastic and persuasive is the atmosphere of festivity that a person easily can be caught up in the spell of it all, even though he may have no idea what it is all about. The Gospel tells us that it had been prophesied of Jesus that a virgin would conceive and bear a son who would be called Emmanuel, meaning “God-with-us.” The name Emmanuel conveys, in essence, the true significance of the Christmas season.

We, as devoted Christians, testify that “God so loved the world that he gave his only begotten Son, that whosoever believeth in him should not perish but have everlasting life” (John 3:16).

We testify, as did the prophet joseph smith, that He was seen of man in this dispensation of the Restored Gospel, after He had completed his earthly mission as the Savior and Redeemer of mankind: “And now, after the many testimonies that have been given of him, this is the testimony, last of all, which we give of him: That he lives! For we saw him, even on the right hand of God; and we heard the voice bearing record that he is the Only Begotten of the Father.” (D&C 76:22-23).

That He lives, that He is indeed the Son of God, that He came into the world to be lifted up upon the cross for the redemption of mankind, is the true message of Christmas and the greatest fact of all time! It is the impetus, the inspiration and the strength that has guided Christianity for nearly 2000 years. Truly, it has led civilization a long way. No movement in all history has accomplished so much nor has been confronted with so many obstacles as has Christianity.

Wars have been fought against it. Tyrants have tried to obliterate the teachings of Jesus by burning the Bible and slaughtering those who believed in it. But from each conflict Christianity has emerged a little stronger, its adherents more determined than ever to follow the footsteps of our Lord and our Redeemer.

Jesus was, and still is, the Divine Advocate of peace and brotherly love, which explains why his Gospel is the symbol of truth and light, which men of goodwill everywhere are constantly seeking. Many find it only briefly because the forces of darkness are prompt to attack everything that is good.

We observe the spirit of Christmas by our generosity and our kindness toward others, by our expressions of love and devotion to those near us and far away. With the coming of Christmas we find ourselves casting aside selfish and intolerant thoughts and seeking out those less fortunate than we, in hopes that we can do something to brighten their lives. Even though these expressions may last only a few days, they have a cumulative effect, gradually making us more thoughtful, more tolerant, more forgiving.

Christmas is a season of renewed hope and faith because an understanding of its meaning cannot help but drive deep despair from hearts and minds. How can we feel otherwise than exalted when we contemplate on the example set for us by the Man of Galilee!