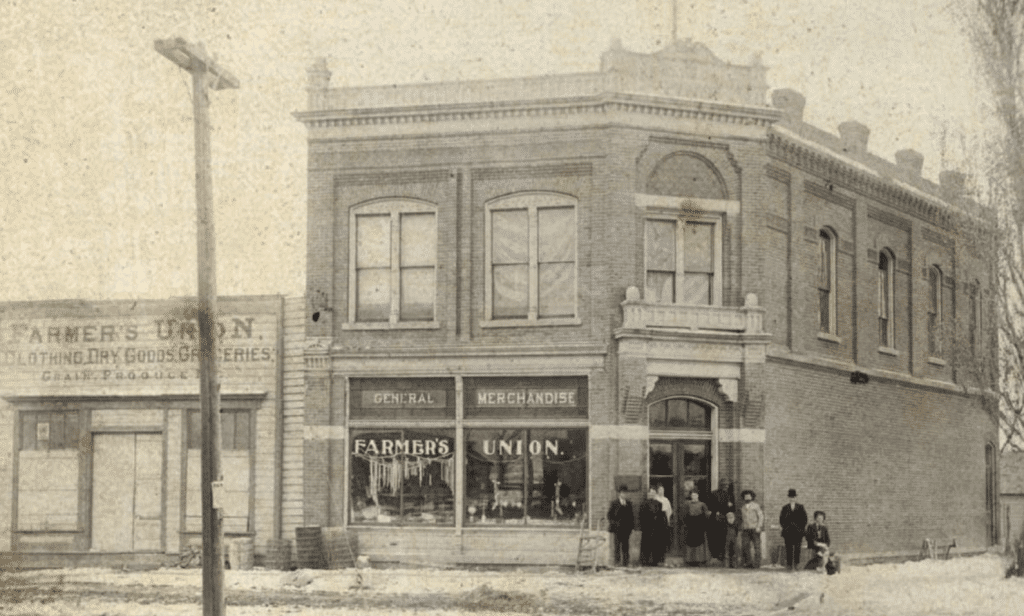 Despite its advantageous position along the primary travel and commercial route between Ogden and Salt Lake City northern Davis County settlements developed more slowly than those to the south. As water was the indispensable resource inviting settlement, the first communities to develop in northern Davis County were those along the weber river, including South Weber and South Hooper, now known as West Point. 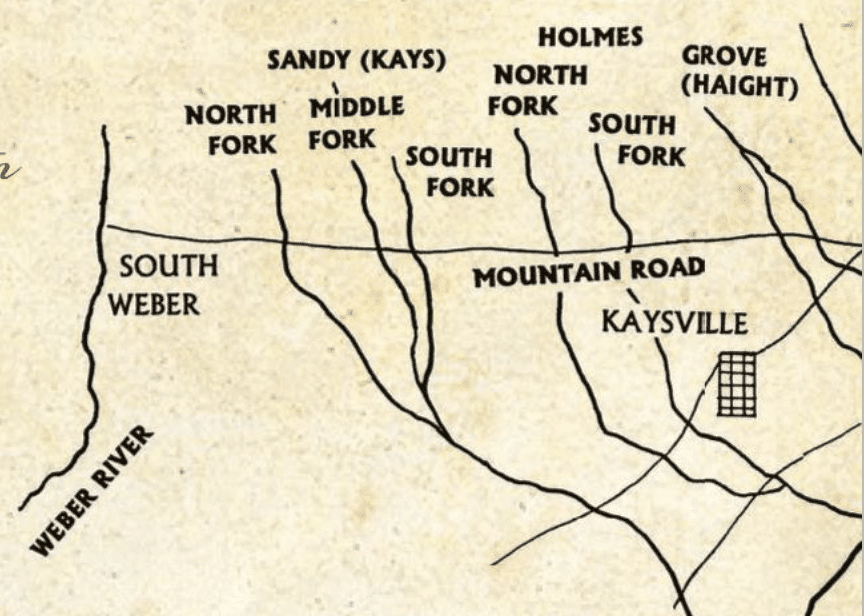 The town of South Weber had its origins in 1851 when forming began on both sides of the river near the mouth of the canyon. Among its first settlers were Byram and John Bybee and their families, and the Thomas and Margaret Kington family. This same thomas kington, born in 1794, had been one of the leaders of the United Brethren congregations in England that joined the LDS Church in 1840 after being taught by Wilford Woodruff. When Brigham Young visited South Weber in 1853, he encouraged the organization of a Latter-day Saint ward on the south side of the river and appointed Kington bishop.1 The community was called Kington’s Fort, and a fort was begun as directed by President Young The ward was originally part of the Weber Stake and within Weber County boundaries until 1855 when the territorial legislature redrew the county lines.

The new county line also divided the sprawling community of Hooper, and settlers on the south side of the line naturally claimed the name of South Hooper. With good access to water from the Weber River, many family farms were successful here.

The area south of these two Weber River communities and north of Kays Creek remained sparsely settled for decades because of the lack of accessible water. No mountain streams flowed through this area, and a sandy bluff called the Sand Ridge made bringing irrigation canals into the area difficult. To the west of the Sand Ridge was an equally arid district where usable water could only be accessed by wells as deep as 100 feet. The modern towns of Syracuse, Clinton, Clearfield and Sunset now occupy this area. hill air force base, originally known as Ogden Arsenal and later as Hill Field, now sits atop the Sand Ridge.

Determined pioneer farmers employed the tactic of dry farming to get a foothold on the Sand Ridge and the lower ground near the edge of the Great Salt Lake. Among the first settlers of what would eventually become Syracuse were William S. and Christine Cook from Scotland, and Joseph Bodily—twenty-three years old and born in South Africa to English parents—homesteaded eighty acres with his wife Isabella and built a log cabin in 1877. David A. Kerr and his wife Margaret, also natives of Scotland, settled near the Cook and Bodily families at about the same time. These three families labored together to build a three-mile ditch south from the Weber River to bring water to their farms and life to the land. Syracuse received its name from a salt business begun by Kaysville business man William Galbraith—the syracuse salt company.2

One of the last places in north Davis County to develop its own identity was Layton, yet today it is the most populous city in Davis County and will soon be the site of a new LDS temple. Laytons first pioneer families built homes and farms along the banks of Kays Creek, the northernmost mountain stream in Davis County that runs southwest through modem Layton.

Perhaps the earliest formal use of the name Layton in the Kays Creek area was Laytons Farm, a rural stop on the Utah Central Railroad named for prominent farmer christopher layton, where seeds and farm equipment were delivered to farms in the area. In early 1885, Davis County commissioners created a new precinct in Kaysville—the result of lobbying by residents of Kays Creek—and named it the Layton Precinct. In 1886 Kaysville was granted a second post office to be located in the growing Kays Creek area, and it was named the Layton Post Office. In September 1886 the new Kaysville Second Ward was organized in Kays Creek; it became the Layton Ward in 1889. While still part of Kaysville by statute, Layton was developing its own identity.

In 1902, Layton became an unincorporated area separate from Kaysville, and was incorporated as a city in 1920. It was an important farming community in Davis County throughout this time, but remained small in population until the early 1940s when the growth of Hill Air Force Base and other military installations transformed all of northern Davis County. Layton is known for its abundant parks and trails and still productive farms—and it maintains a spirit of self-determination and civic innovation that has characterized its dramatic growth.