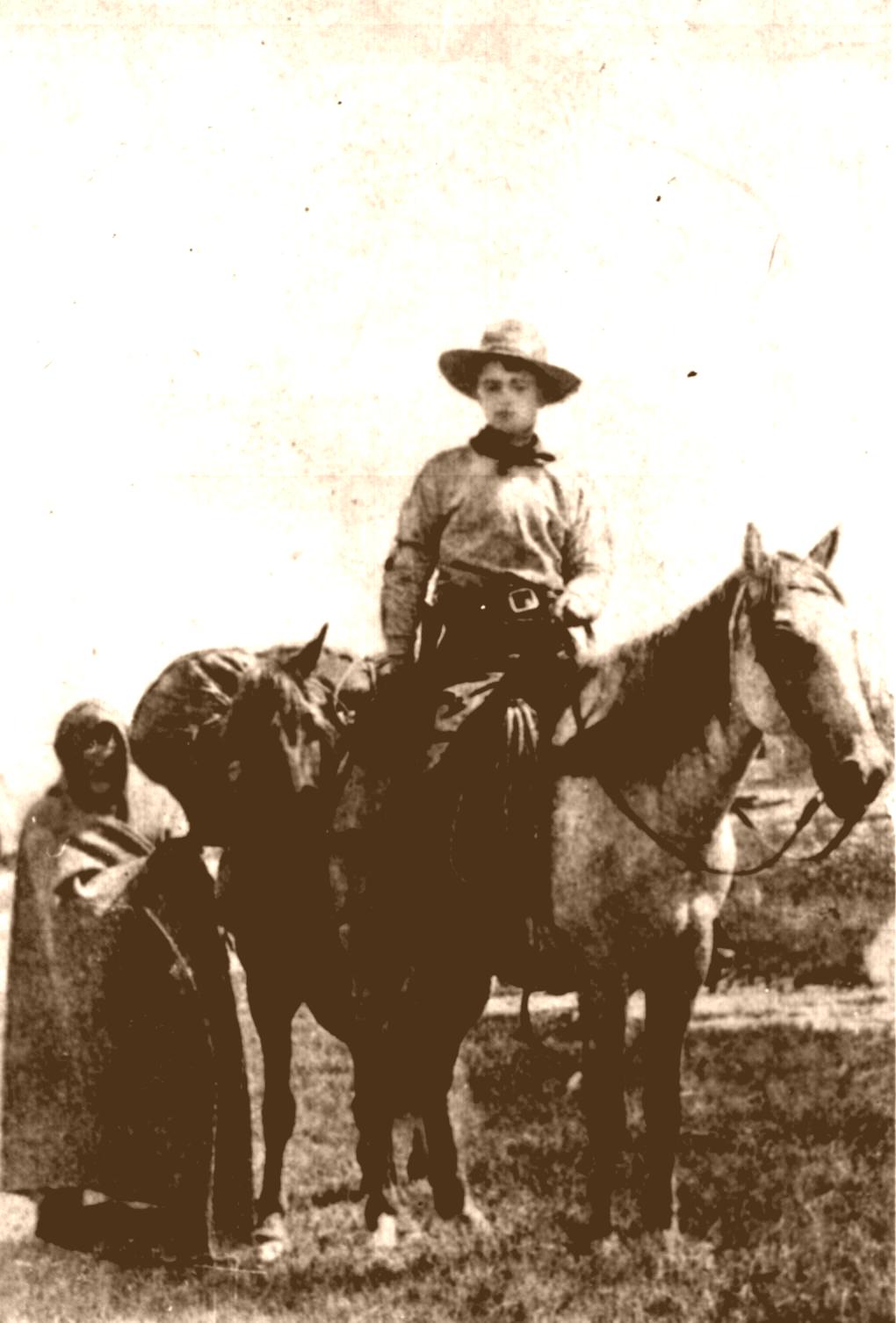 This article first appeared in the Jan/Feb 1970 Pioneer Magazine

Since about 1925 there has been a continuing effort upon the part of Wells Fargo Express proponents to try to build Wells Fargo’s twentieth century image into the history of the pony express and also into stage line operations in California. Actually the express company had no connection with the Pony Express except to serve as local agent in Sacramento and San Francisco and then only for the last six months. And though they shipped express on the many stage lines in California, they operated none.

Private Venture The Pony Express, which was a private venture founded, owned and operated by the well known overland freighting firm of Russell, Majors and Waddell, ran between St. Joseph, Missouri and Sacramento, California. To separate their Pony Express and stage line operations from their basic overland freighting business they formed a corporation, The Central, Overland, California and Pikes Peak Express Company, in early 1860 under a newly granted Kansas Territorial Charter. In addition to the Pony Express the Russell, Majors and Waddell company operated a daily stage from Atchison, Kansas on the Missouri River to Denver and Salt Lake City and a semi-monthly stage line on to Sacramento. These stages all carried U.S. Mail under postal contract.

Holladay Takes Over On March 7, 1862, nearly five months after the close of the Pony Express, Ben Holladay took over the Russell, Majors and Waddell company, changed its name to The Overland Stage Line, still operating under its original Kansas Territorial Charter, and continued to operate the stage lines. Holladay soon became known as the Stage Coach King. Wells Fargo & Co., being an express company and having no stage lines of their own, shipped express over the existing stage lines in California and used the Overland Mail Company as far east as Salt Lake City. Ben Holladay and his Overland Stage Line would not, however, cooperate in carrying Wells Fargo’s express east of Salt Lake City. Wells Fargo Express and two other express companies faced a serious dilemma which only Ben Holladay was clever enough to create. And he was determined to take advantage of it before he broke it.

Demise of Stage Lines In early 1866 Holladay saw that the then building Central Pacific Railroad, east from Sacramento, and the Union Pacific, west from Omaha, presaged the demise of the overland stage line operations. Others felt that their union was a long way off. With the concealed cunning of a fox he maneuvered three stage lines and three express companies into a giant consolidation. To do this he formed a new three million dollar corporation under a Colorado Territorial Charter granted to him on April 5, 1866. The new company was known as The Holladay Overland Mail and Express Company.

Using this new corporation as a vehicle he increased the capital stock to ten million dollars and with the proceeds he bought the Pioneer Stage Line, Placerville to Carson City, and The Overland Mail Company, Carson City to Salt Lake City. And into this combine he sold his Kansas Chartered Overland Stage Line. In addition, his new company absorbed the old Wells Fargo Express. Its shareholders were paid off and the company went out of business. Simultaneously, he took over the U.S. Express Company and finally the express operations of the American Express Company west of the Mississippi River. The consolidation was completed November 1, 1866 in Salt Lake City and as compensation for his The Overland Stage Company he took a million and a half in cash and three hundred thousand dollars worth of stock in the Colorado Chartered corporation. Within five weeks he sold his stock, that marking his successful abdication, with a smile on his face and his pockets jingling.

Greatest Stage Line Operator From March 7, 1862 until November 1, 1866, he was the greatest individual stage line operator in America, only having been exceeded by Jim Burch and the California Stage Company from 1854 to 1858 and Butterfield and his Overland Mail Company from 1858 to 1861. About six weeks after the consolidation the stockholders approved a change of name of the Ben Holladay Company to a new Wells Fargo and Company, though the change of name was not approved by the State of Colorado until 1872. The new Wells Fargo and Company has remained a Colorado corporation to this day.

Vision, Judgment Clearer Holladay’s vision and judgment had been clearer than that of the Wall Street “westerners” and equally as cunning. He was in the west where he could all but see the steam of the locomotive and hear its whistle over the horizon and sense its speed of approach. Within a year and a half the directors of the new Wells Fargo and Company were ready to take the Pacific Railroad seriously. On May 16, 1868 the board of directors “authorized and directed the president to sell all of the company’s stage lines.” A year later, on May 10, 1869, the steel bands of the transcontinental railroad were bonded together with a gold spike and overland stage operation was at an end. The new Wells Fargo Express had found itself in a position that was a disaster and this only saved by eventually getting the express rights on the railroad from California to Utah. Its brief stage line operation, not a mile of which was in California, had been all but a lethal ingestion. The company did eventually recover and continued on to become one of the great express companies of America, handling express on the railroads.

Holladay Buys Wells Fargo In the last fifty years at least fifty writers, including some of the most highly accepted historians, in writing of the stage line and express business just prior to the completion of the transcontinental railroad, have reported that on November 1, 1866 Wells Fargo bought out Ben Holladay by paying him a million and a half in cash and three hundred thousand dollars in stock. Actually, Ben Holladay bought Wells Fargo & Co. and merged it into his own corporation. Once the inversion of the truth was written, other writers accepted and repeated. This phase of western transportation and express history is over ready for revision.