“It was here in Northern Mexico”

This article originally appeared in Vol.65 No.1 of Pioneer Magazine.

The source of details for this article is the personal journal of F. Keith Stepan of the temple Construction Department. 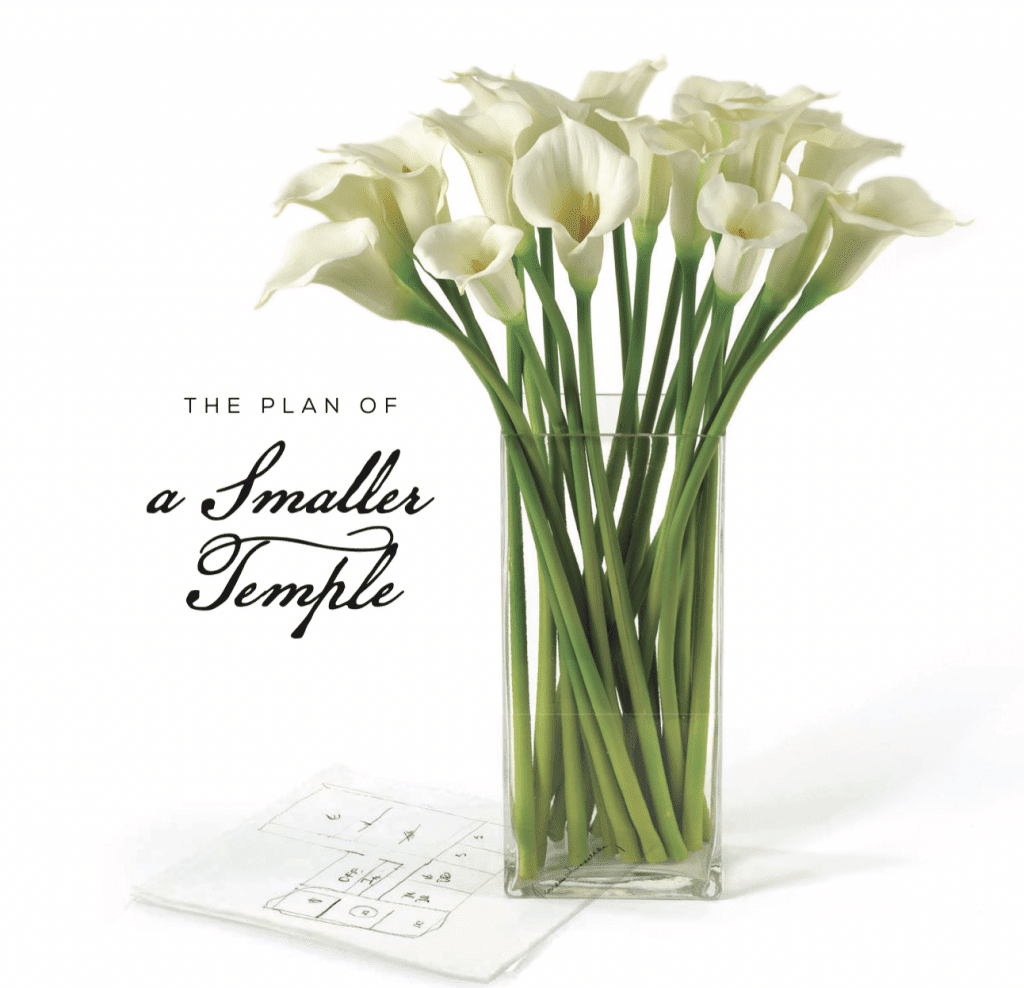 A revelation from the Lord in 1997 brought to life the idea of smaller temples to serve smaller Church populations. President Hinckley shared something about the origins of that revelation when he offered the dedicatory prayer for the Colonia Juarez Chihuahua Temple.

“It was here in Northern Mexico that Thou didst reveal the idea and the plan of a smaller temple, complete in every necessary detail, but suited in size to the needs and circumstances of the Church membership in this area of Thy vineyard. That revelation came of a desire and a prayer to help Thy people of these colonies who have been true and loyal.”2 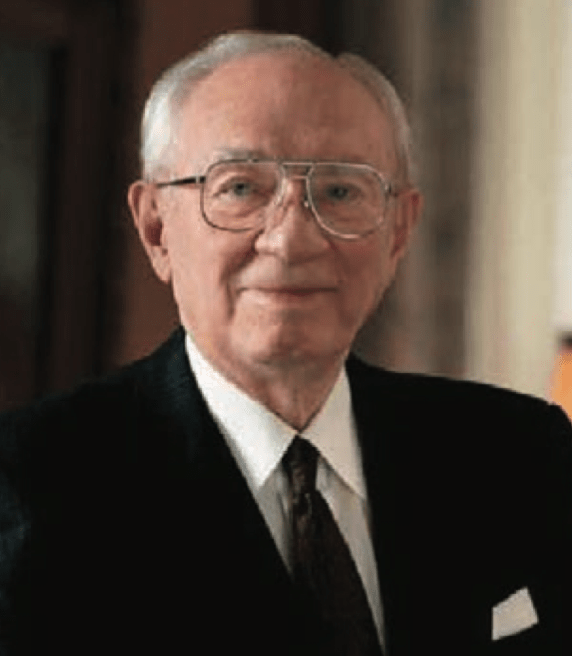 The roots of the story of President Hinckley’s ambitious efforts to build temples all over the world started well before he became President of the Church. During his travels abroad Elder Hinckley often wondered if it would be possible for smaller, less expensive temples to be built throughout the world. His hope was to find a way to take temples to the people instead of requiring members to travel long distances to temples, often at great expense. He even discussed his desire with President Harold B. Lee.3

In 1992 dining a Temple Sites and Construction Committee meeting Elder Hinckley expressed frustration about the time required to develop and approve plans for new temples. He assured the group that it was “the season to build temples” and that the Church needed to build more of them and more quickly.4

President Hinckley had indeed been prepared to meet new temple-building directives that were to come by revelation and inspiration from the Lord.

He had been inspired early in his ministry to ensure that temple ordinances in the Bern Switzerland Temple were presented in multiple languages. As a counselor to three presidents of the Church, he had been assigned to watch over the building of several temples. Elder Gordon B. Hinckley in 1993 noted that he had dedicated or rededicated forty of the forty-five temples that were then in operation. He would dedicate sixty-three more during his thirteen years as President of the Church.5

In the 1995 April Conference, Gordon B. Hinckley was sustained as president of The Church of Jesus Christ of Latter-day Saints. As soon as the new First Presidency had settled into a routine in the summer of 1995, President Hinckley made this unexpected announcement,

“I have a burning desire that a temple be located within reasonable access to Latter-day Saints throughout the world. We can proceed only so fast. We try to see that each temple will be in an excellent location, where there will be good neighbors over a long period of time. The work is moving about as fast as we can go. It is my constant prayer that somehow it might be speeded up so that more of our people might have easier access to a sacred house of the Lord.”6

Two years later, in June 1997, a special trip to Colonia Ju&rez, Mexico, triggered the long-awaited revelation that President Hinckley had been seeking from the Lord. The faithful Saints in that area had invited President Hinckley to participate in the rededication of the century-old and newly renovated Academy School, owned by the Church, and were very excited when he accepted their invitation.

After flying from Salt Lake City to El Paso, Texas, President Hinckley traveled three hours by car across the northern Mexico deserts to the small town of Colonia Juarez.7

President Hinckley was impressed with the faithful Saints and their preparation for his visit. He had a wonderful time with them. The evening after his arrival, President Hinckley presented a fireside message where a large body of Saints listened intently to his every word. He spoke of the beginnings of the Mexican colonies, of the sacrifices of early colonists in the face of great difficulties, and of their unwavering faith and obedience. He quietly reminded the Saints in this remote, lone stake of Zion, that over time, they had sent into the world more mission presidents than any other stake in the Church. Over and over he expressed his love to these faithful people. He called down the blessings of the Lord upon them.

After the fireside, before he retired for the evening. President Hinckley spent some time walking through the streets of Colonia Ju&rez, admiring the clustered homes and buildings of this faithful little community nestled tightly in a narrow Mexican valley.

The next day, as he re-crossed the Mexican desert on his way home to Salt Lake City, he thought more about the faithful service of the Saints in Colonias Juarez and Dublan. He pondered their humility and their need for temple worship. He later said, “I thought of these things and asked what could be done [for these good men and women]. The concept of the smaller temple came into my mind.”8 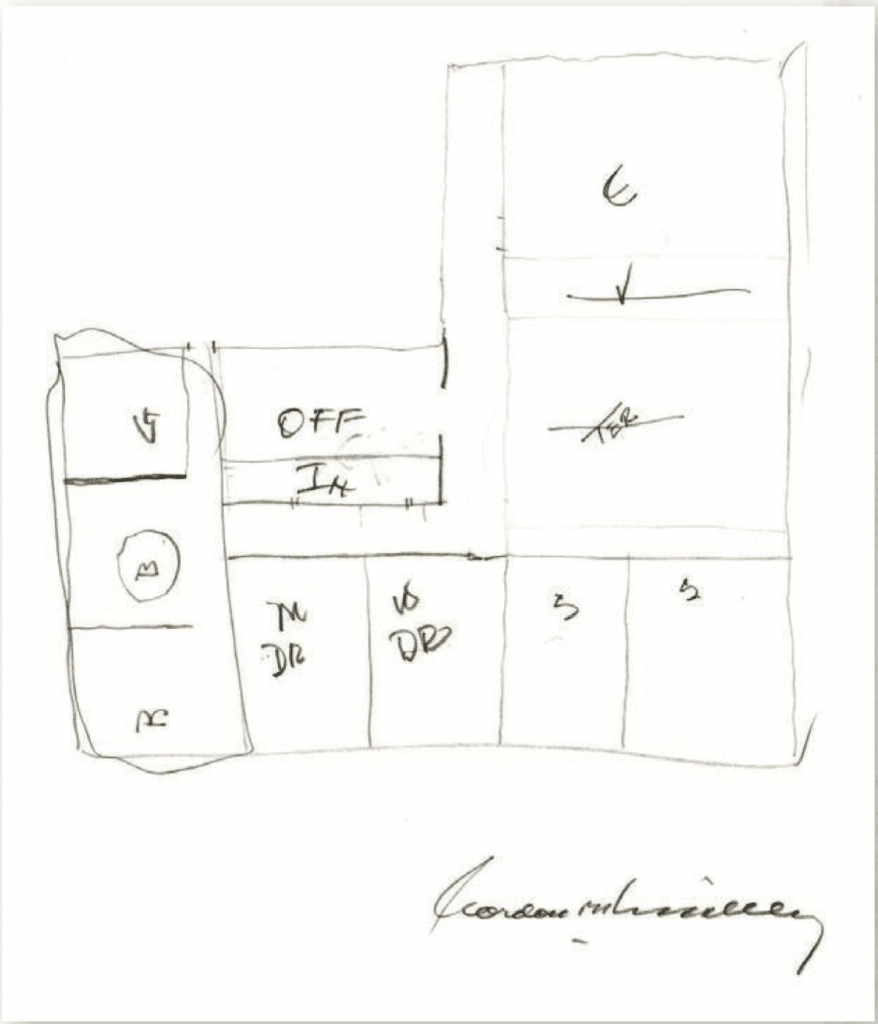 President Hinckley later referred to his impression as revelation and emphasized that the thought came “clearly” to his mind. Wanting to record specific details of this inspiration, of the concept that was being revealed to him, he took from his briefcase a sheet of white paper and sketched out a possible floor plan of a small temple that could easily be built in Colonia Juarez and other remote locations filled with faithful Mormon Saints. He visualized what the architectural plan of a small temple might look like. In his drawing there were no large assembly rooms or waiting areas. Cafeterias and laundries would not be necessary.9

Only rooms and services vital to performing the ordinances of the temple would be required, and so the prophet sketched out areas for baptisms and preliminary ordinances, endowments, and sealings. The temple entry and other needed rooms were indicated. As he finished the sketch, he added his well-known signature, “Gordon B. Hinckley,” at the bottom of the sheet. Thus, the concept of the smaller temple was given life, and a new vision for greatly increased temple building had its beginning.10

When President Hinckley announced in the 1998 April Conference his heartfelt desire to have 100 temples built and operating by the year 2000, the temple construction work received much greater emphasis. The challenge would fall to the Temple Construction Department with support from the Temple Department, Finance, Purchasing, and other Church Departments. They would have to do things they had never done before. Significantly, President Hinckley did not want to expand any of these departments.

He told their leadership that they “must do this with the current staff members that you have in place.” Prayerful effort, new design and construction processes, and divine help were mandatory to the successful realization of President Hinckley’s vision. Of the pressing challenge, President Hinckley himself said, “This will be a tremendous undertaking. Nothing even approaching it has ever been tried before.”11

The Colonia Juarez temple was the third of the first three “small” temples; the others were the Monticello Utah and Anchorage Alaska temples. These first three established a pattern of wonderful cooperation among the Church’s administrative staff, the general contractors, and the local communities of Saints. At times it seemed these disparate bodies were one big family focused on simply making things work.

There were no conflicting objectives, no desire for personal recognition, tribute, or acclaim. All three small temples were the fruition of hours of hard and tireless work, donated labor and materials, and volunteer support from the members of the local Church units. Landscaping, cleaning, the placement of furnishings, and the organizing of open houses were carried out by local volunteers under the supervision of the Public Affairs and Temple Departments. Local Saints took great pride in their work and felt humble responsibility for their new small temple.

The youth of the Colonia Juarez area were especially motivated to do all they could to prepare for the temple open house and dedication.

A few nights before the open house was to begin, rainy weather threatened the completion of temple landscaping. The youth and their leaders stepped in, quite literally into mud, planting flowers and shrubs, laying lawn sod, and cleaning the exterior surfaces of their temple.

Not yet finished, the youth cleaned all trash along both sides of the highway from Colonia Dublan to Colonia Juarez, a distance of nearly fifteen miles. When President Hinckley came to dedicate the new temple on March 6 and 7, 1999, he was touched by the areas beauty and cleanliness. It was obvious that all the Saints, young and old, loved their temple and, in giving their all, had made a sacred offering to the Lord. Their selfless gift helped establish the beautiful small temple as the pattern of “The House of the Lord” that would literally dot the earth.12