from the Nicholas G. Morgan prospectus

“It was not a battle-scarred fortress … not a single shot was ever fired in its defense. It was not the center of bloodshed and tragedy. On the contrary, it was the center of gladness, of hope, of work, and worship, of good cheer. Of culture and kindness and orderly living, the nucleus of a great empire.” —Bryant S. Hinckley 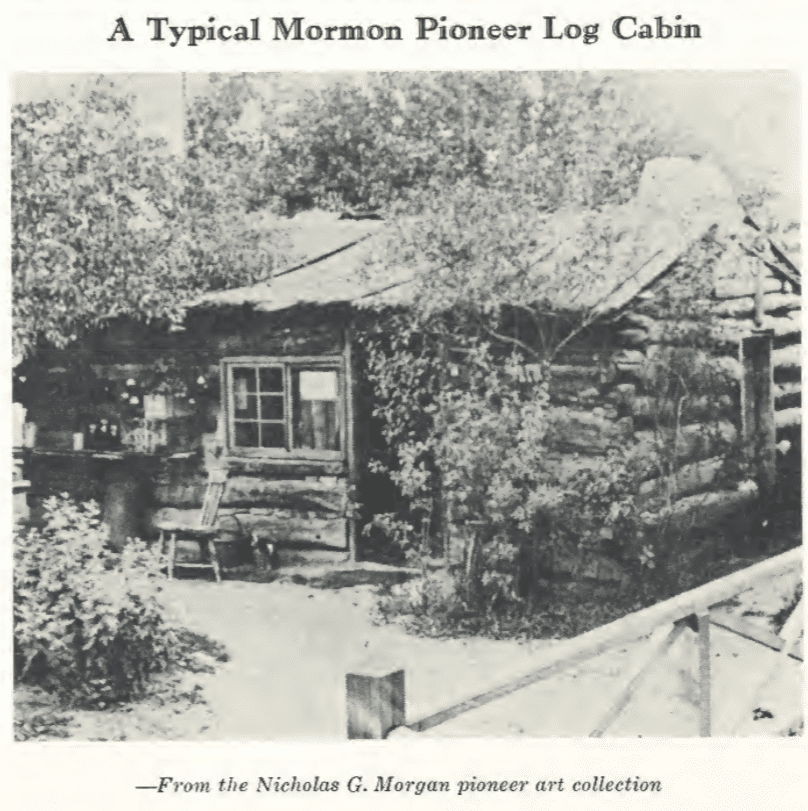 In the old pioneer fort on Dec. 9, 1848 some 50 original leaders met in the home of Heber C. Kimball to organize the Provincial state of deseret.

This meeting, held by a legislative council, was historically significant, because it was the first Anglo-Saxon attempt at political government in the vast Great Basin territory and the first to attempt to gain statehood in the government of the United States by a people living west of the Missouri River.

After the first Pioneer school was established in a tent in Oct. 1847, an adobe school house, about 30 by 40 feet, was built adjoining the north fort wall west of the north gate. This school house was used for other civic purposes.

On March 9, 1849 the first general election in western America was held. Regulation voting booths were set up in the school house and the following officers elected: governor, secretary of state, chief justice, two associate justices, marshalls, members of the senate, members of the house of representatives, 19 justices of the peace or magistrates.

To the restless souls who were thinking of digging for gold in California, President Young said:

“Take courage, brethren. I can stand in my door {the door of his cabin faced west and provided an excellent view of the Oquirrh Mountains) and can see there are untold millions of the rich treasures of the earth’—gold and silver. But the time has not yet come for the saints to dig gold. It is our first duty to develop the agricultural resources of this country.”