This article originally appeared in the Vol.65 No.1 (2018) issue of Pioneer Magazine

Before Mexico became independent of Spain in 1821, it was part of New Spain, which encompassed all western North America from what is now Utah, Nevada, and California south to the Isthmus of Panama, including Texas and New Mexico. Mexico won its independence after a series of insurrections and political compromises that began in 1810 and continued until 1821. Almost exactly a century later, Mexico again experienced a transformative revolution, but this time the rival factions were all Mexican.

Mexico’s first century of independence included periods of political turmoil and civil war, several constitutions, and the loss of lands in the north to the United States. The French invasion in 1862 caused massive destruction in the countryside and destabilized the government, but it also brought Porfirio Diaz to prominence. Diaz, a hero of the conflict with France, helped unite the country and bring about a measure of political stability beginning in the late 1880s.

By the turn of the twentieth century, however, Diaz’s aristocratic and oppressive reign as Mexico’s president had become a dictatorship.1 Diaz catered to foreign interests who owned much of Mexico’s infrastructure, and to a landed elite who owned much of the land in the countryside. Most Mexican citizens—especially outside the largest cities—were overwhelmingly poor and felt disconnected from a central government that ignored their plight. Local leaders began to oppose the increasing ineffectiveness of the Diaz regime and found willing support from the peasantry in many areas of the country.

After Diaz’ 1906 reelection, Francisco Madero, a wealthy landowner from northern Mexico, made the decision to oppose the president in the 1910 election. He wrote a book called La sucesidn presidencial en 1910 which became widely circulated, and his followers—called the Maderistas—formed an opposition political party. Madero campaigned throughout Mexico in 1909 and early 1910 and drew substantial popular support But early in April the government arrested Madero and held him in prison until after the July election. Thousands of Madero supporters were also arrested, and in July Diaz claimed victory in the election and the Congress confirmed his reelection. 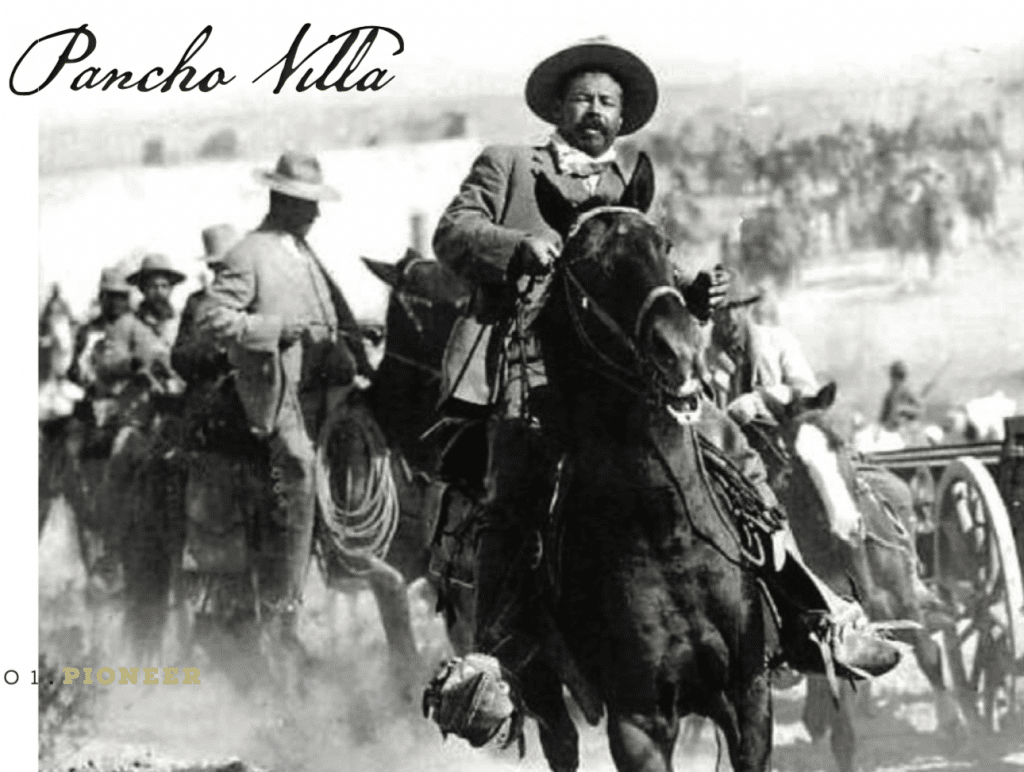 Madero concluded that only an armed rebellion would be able to remove Diaz and his government and after being released from prison he fled across the border to Texas to organize an uprising. He enlisted the support of local and regional opposition leaders, including Pascual Orozco and Jose Doroteo Arango Arambula (better known as “Pancho Villa”). Madero began an armed resistance in Casas Grandes, the center city of northern Chihuahua. The rebellion drew nationwide support and attracted opposition leaders from throughout the country to its ranks. This uprising in 1910 swelled to become the Mexican Revolution and had far- reaching effects on Mexico’s future. During the next decade more than one million people would leave Mexico for the United States.2 The Revolution would also have dramatic consequences for the settlers in the Mormon colonies of northern Mexico.

Madero and the other leaders of the revolution found willing volunteers to serve in their armies by promising democratic elections, laws barring the reelection of the president, and reform of the country’s land ownership. The rebel soldiers, though untrained and undisciplined, were successfully forged by their charismatic leaders into several independent armies that were primarily united by their opposition to the Dfaz dictatorship. They were also resentful of foreign influences on Mexico and in agreement that Mexico should develop its own national identity by freeing itself from the economic and political influence of the US and other foreign powers. But these same rebel leaders were often divided by conflicting political philosophies. Some factions hoped for a US-style democratic government, while others focused on radical agrarian reform and land redistribution. Still others saw socialism as a panacea for the nations ills. Nevertheless, the rebel armies won several regional battles with government troops and a decisive victory in the spring of 1911 that forced Dfaz to resign and leave the country. A new election was held in the fall of 1911, and Francisco Madero was overwhelmingly elected president

Madero had never previously held elected office and was not experienced in military or political matters. His government sought to establish democratic rule, and Madero surrounded himself with intellectuals and advisors who agreed with his ideals. But the government was slow to enact expected changes, and Madero failed to address such popular issues as land reform and economic growth. Thus, Orozco, Villa, and other revolutionaries continued to resist the government, and Casas Grandes, situated near most of the Mormon colonies, seemed always to be a center of rebel activity.

The Revolution had widespread support in the countryside of Mexico, but of course, the soldiers had to be fed. Rebel troops foraged for supplies, horses, arms, and money, confiscating what they needed from foreign-owned businesses, foreign residents and government loyalists. Americans were especially vulnerable because the US government was felt to have been a supporter of the deposed dictatorship. The Mormon settlers in northern Mexico had necessarily maintained good relations with the former government, and so they too suffered the consequences. Thousands of Mormon colonists were forced to leave their homes and livelihoods in July 1912 and escape to the United States.

Some historians have suggested that the Mormons’ problems in Mexico were related to their religion, but there is little evidence to support such claims. What is clear is that the Latter-day Saint settlements were conspicuous for their prosperity and stability. The Saints’ farms, ranches, businesses, and schools thrived at a time when nearby cities populated by Mexican citizens were dreadfully poor. Jobs were scarce and wages were low. The government provided few services to most of its citizens. It was inevitable that the Mormon settlements would become targets of rebel groups who were forced to live off the land.

Fewer than fifty Mormons remained in the colonies immediately after the exodus in July 1912. But by September—harvest time—several hundred had attempted to return to their property, which in many cases had been cared for by Mexican employees while the families were gone. Because the Revolution was still ongoing many of these Saints gave up and left Mexico again. A comparative few remained and managed to stay safe. Of the nine original Mormon settlements, only Colonia Dublin and Colon ia Juirez continued as predominantly Mormon communities.

Continuing rebel activity throughout the country threatened the success of Madero’s presidency, and so he called on General Victoriano Huerta to lead the Mexican army against the rebels while Madero himself worked to implement democratic reforms. But Huerta soon conspired with other disaffected leaders, and in February 1913 he and his troops along with military factions still loyal to the Diaz government forced Madero from office and arrested him. Less than two weeks later, military escorts transferring President Madero, the vice president, and Madero’s brother to prison assassinated their prisoners. This added fuel to insurrectionist fires, and the uprisings dragged on. Madero’s name became a rallying cry of revolutionaries against the new government, now headed by General Huerta.

Over the next several years, the Revolution against the central government continued. Rebel leaders—including Villa and Orozco as well as Emiliano Zapata, Venustiano Carranza, and Alvaro Obregon—allied themselves with first one and then another rebel faction and sometimes even with Huerta, the dictator president. During 1913 and 1914 Villa’s forces defeated Huerta’s federal army in key battles, forcing Huerta to resign and leave the country. Carranza declared himself president but did not have wide support until he negotiated the removal of US troops from the state of Veracruz where they had been stationed to protect American interests.

Carranza, now with the support of Obregon, defeated the armies of Villa and Zapata in separate battles in 1915, enabling Carranza to be seated in Mexico City as the official head of the government. In October of that year the United States officially recognized Carranza as Mexico’s head, angering Villa who had thought of the US as an ally. Rebel forces continued to resist the new government. In 1916 Villa’s army attacked a passenger train in northern Mexico and killed many of its passengers, including 21 Americans. Villa then raided Columbus, New Mexico, attempting to secure arms and supplies, but was driven back by US cavalry forces stationed there. While nearly twenty American soldiers and civilians were killed during the raid, Villa lost as many as a hundred men in the battle. Villa claimed victory based on having secured a large supply of weapons, but the consequences of the raid marked the beginning of a decline in Villa’s power. 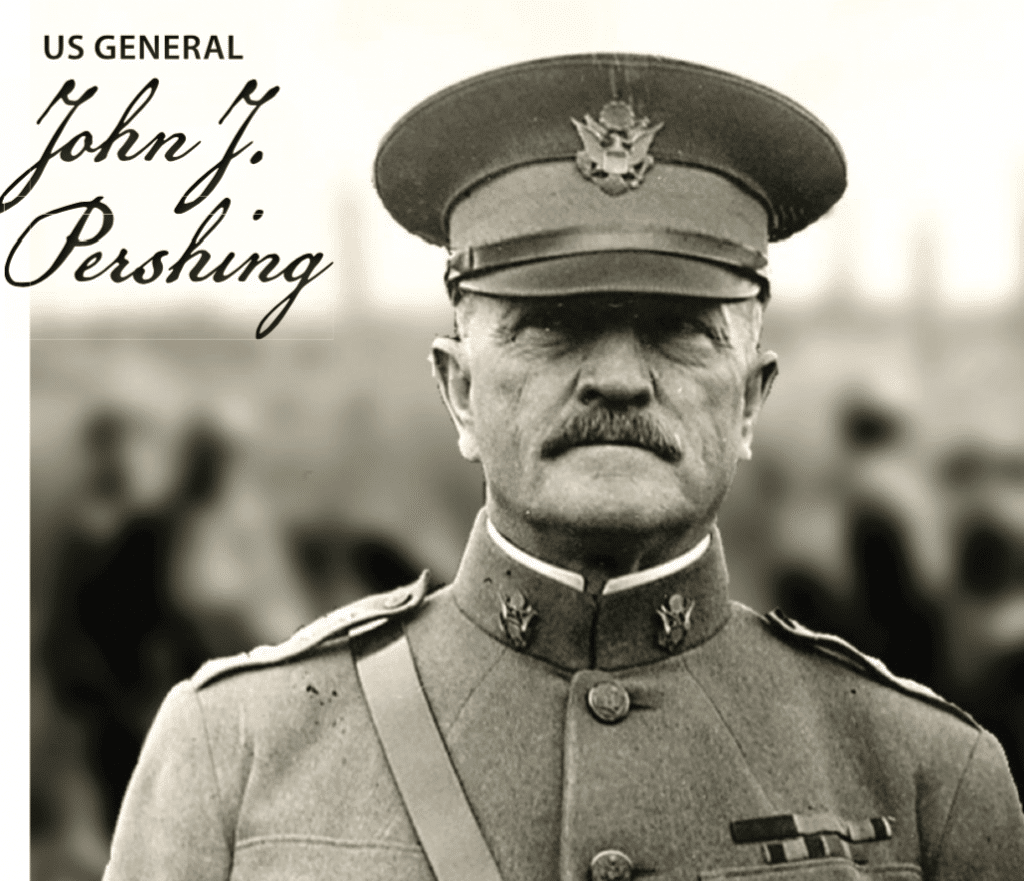 In response to Villa’s attacks, the US sent General John J. Pershing and 10,000 troops into Mexico to defeat and capture Villa. In spite of victories in skirmishes with Villa’s forces, Pershing failed to capture the rebel leader or completely defeat his army. When the US entered World War I and sent troops to Europe in early 1917, Pershing and his troops left Mexico, but neither Mexican leaders nor rank-and-file citizens soon forgave what they saw as an American invasion and an affront to Mexican sovereignty.

In mid-1917 a new constitution was agreed upon in Mexico City, and Carranza was democratically elected Mexico’s president. Still the Revolution continued, with Zapata and his army fighting government troops in the southern state of Morelos and Villa leading resistance in the north. By 1918 rebel resources were running thin, and the government was becoming stronger and more unified. Villas last stand was at Juarez in 1919, a region where he previously had enjoyed several victories. But this time he was defeated, and Zapata was assassinated a short time later. In 1920 Alvaro Obregon supported a revolt against Carranza, and Carranza was killed while escaping from Mexico City to Veracruz. Obregon was elected president of the nation shortly thereafter, and the ten-year Mexican Revolution ground to a standstill.

Obregon allowed Villa to return to a ranch in his native Chihuahua in northern Mexico, where he remained until 1923. That year, Villa again tried to galvanize forces against the central government, but he was assassinated only months later—perhaps by political enemies, perhaps by government operatives. Obregon completed his four-year term of office in 1924 and was the power behind his successor as president But after running for president again in 1928, he was assassinated by a supporter of a Catholic-influenced movement opposed to secular governance of the country. With his death, nearly all the leaders of the Mexican Revolution had passed from the scene, and Mexico could begin its transition to a more stable and democratic nation.