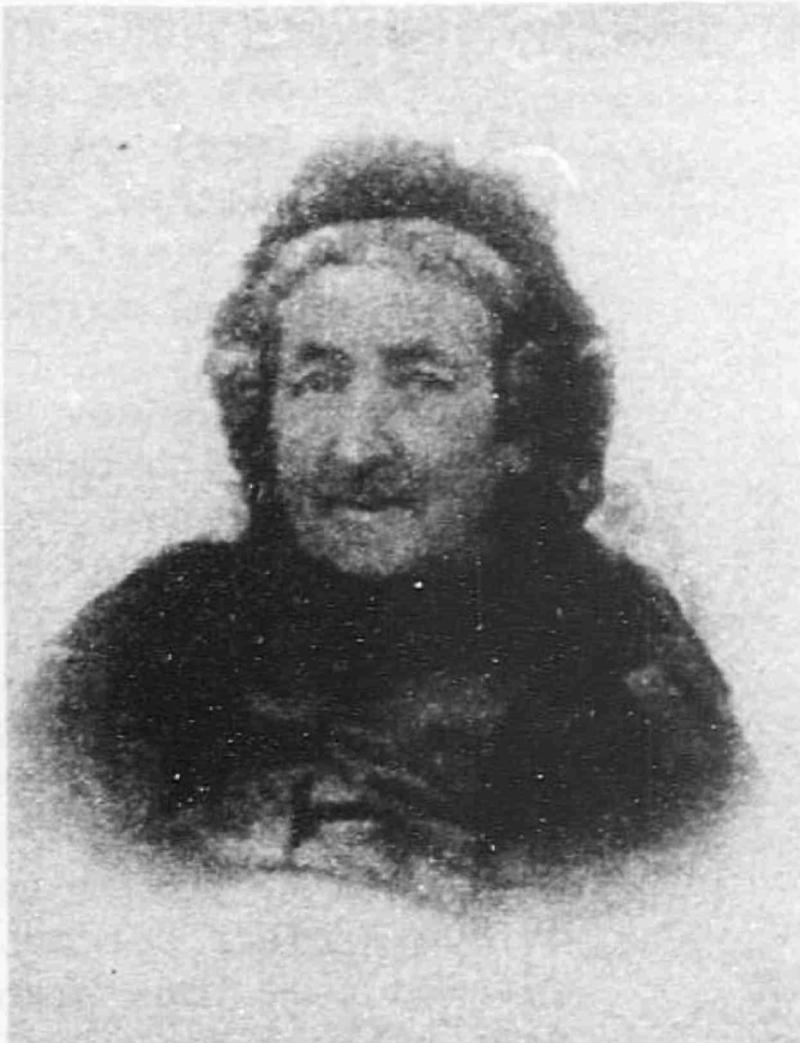 On the 20th of July 1816, in London, Middlesex, England, William and Mary Wright were blessed with a beautiful little daughter. She was given the name of Mary Ann. As far as is known, she was an only child and received all the love that might have been shared with other children had there been more.

William and Mary determined early that their child would have every opportunity they could provide to get an education. In England in those days, it was not deemed necessary for a girl to get an education. Her lot in life was to learn to be a good housewife and mother. Mary Ann was blessed in being able to get what amounted to a fair education for the times. In her letters and poems, which still exist, is shown an ability to express herself which could only have come from an education. Her handwriting was beautiful.

She married a handsome young man, Josiah Saville, on the 3rd of August 1840 in the parish church in saffron walden, Essex, England. Josiah was a cordwainer, or shoemaker. Mary Ann, because of her education, was a real help to her husband in keeping his books. But she also found time to do other things. She was a fine seamstress and when they were first married, she helped out financially by working as a seamstress in a factory.

Josiah and Mary Ann were soon blessed with their first child, a boy, whom they named George. They would be blessed with five other children; Mary Ann, who was named for her mother; Emma; Eliza; James and Lydia.

Health problems would plague their family for many years. Their problems started with George when he was quite young. By the time he was three years old, he had temporarily lost his sight three times. The cause is not stated in his handwritten account. He goes on to say that when he was three and a half, his hand was mashed between a gate and gatepost and he nearly lost his hand. Thanks to love and care and the faith of his mother, his hand healed well. Shortly after his hand healed, he told of falling down and striking his head on the stump of a cherry tree which hurt him badly. He seemed to be accident prone. By the time he was eight years old, he had developed an abscess under the fleshy part of his thigh. It eventually retarded the growth pattern of his leg so that one leg was a little shorter than the other. It was painful and Mary Ann was deeply concerned. The doctors of that time did not know what to do for George.

One day Mary Ann was talking to a friend and learned about some young men who were talking about gold plates and healings and a young man in America who claimed to be a prophet. Mary Ann became curious and went to one of their meetings. At the meeting, one of the missionaries talked about healings and faith and a gift of the spirit following those who believed. Mary Ann felt impressed to go up after the meeting and speak to the young man. She told him about her son George and his leg. Elder David Dell, the young missionary, told her that if she would receive the gospel with an honest heart that her boy could be healed. At the next meeting, Mary Ann was there with George. After the meeting, hands were laid on George’s head and he was given a blessing based on the faith of his mother and those present. George, in a handwritten account, said that the next morning his leg was well and the pain was gone. Of course it took some time for the leg to grow to a normal length to match his other one, but he never had any problems with it from then on.

This faith which lead to her conversion to the church was to stand her in good stead and carry her through many trying times. Their third child, Emma, was a beautiful child with dark flowing hair and dark flashing eyes. It was soon discovered that she too had a problem with her health. In letters written by her mother to her daughter Mary Ann after she left for America, it seems that Emma was plagued with problems caused by her leg. Apparently she was in a great deal of pain, but not for the same reason as George. One letter even told of the possibility of losing her leg. She spent some time in a hospital in London where she was helped some and was able to get enough relief so she could live a fairly normal life. After she married, one of her nieces wrote in a letter about her Aunt Emma having one leg shorter than the other, which made it difficult for her to get around. Mary Ann, her mother, cared for and helped her all her growing up days as much as she was able, but always she turned to her Heavenly Father with faith that she would get the help that she and her family needed.

In 1853, her last child, Lydia, only lived a year and left a deep hole in her loving family. Mary Ann particularly missed this beautiful little child, but she knew the rest of her family was depending on her.

When her daughter Mary Ann was 17, her mother decided that the most worthwhile goal in her life would be to eventually get all her family to the “Valley” in America where they could be close to the prophet and church she had grown to love. She discussed things with her family and they all decided that the oldest girl, Mary Ann, would be the first to go. She would be able to travel with some friends of the family so she would not be alone. This was very difficult for her mother to let her beloved daughter go so far alone, but she knew that it was the start of something worthwhile, and that if she followed the guidance of the prophet and had faith, that all would be well and they would each one — in turn — be protected. Eventually all her family would leave England and travel to Utah over the next ten years. All her family joined the church except her husband, Josiah, who would not join until they reached the valley.

Mary Ann’s great faith and love of the gospel carried her through these and the other trying times of her long life. She had long wanted to live through the turn of the century, but it wasn’t to be. She died November 20, 1899, just 41 days before the turn of the century. She had set a loving example for her family, had helped them and given them every opportunity to grow and learn the things of value in the world. Plus she had seen that they were all baptized into the church she loved, and then had made sure that they were all safely transported to that great land — America — and on to the Valley of Great Salt Lake, where she and her husband joined them to live out their lives in the shadow of the everlasting hills.