by Elder Jeffrey R. Holland, of the Quorum of the Twelve Apostles 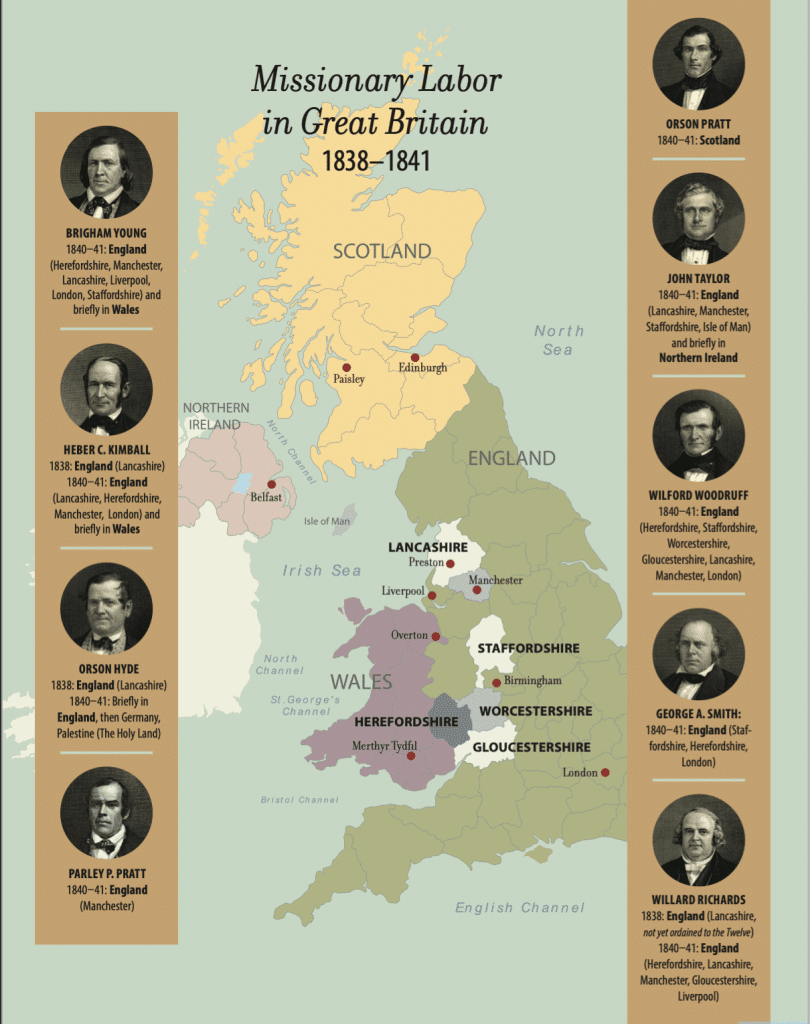 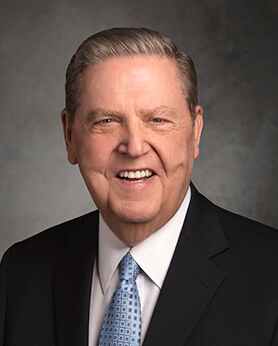 In response to a revelation received by the prophet joseph smith, most of the Quorum of the Twelve Apostles embarked on a monumental mission to the british isles 180 years ago. This call came to a very young Church on the heels of a forced exodus across Missouri and amid strains to establish a new settlement along the banks of the Mississippi River. The entire nation was struggling with economic reversals. Several Church leaders had abandoned their faith and turned on Joseph Smith. Illness was rampant among the Saints as they drained swampy lands infested by mosquitoes and fought to make a habitable place for their families to live. If ever Joseph needed the strength of his trusted associates in the Twelve, it was at the very time he was directed to send them across the Atlantic to preach the gospel.

This historic mission came through great difficulty and personal sacrifice, with many hardships endured by wives and children in die absence of their husbands and fathers. The oft-told account of Brigham Young and Heber C. Kimball, both severely ill, mustering the strength to stand up in their wagon and shout “Hurrah, hurrah, hurrah for Israel” to their ailing wives does not capture the months of loneliness and worry or the constant demand on women to sustain their children and establish dwellings in Nauvoo. Communications with their missionary husbands were limited to updates by way of exchanged letters that took weeks to arrive. Leonora Taylor poignantly captured the feeling certainly shared by her peers when she wrote to her husband:

“I feel as if I want to get into this letter and go too.”1

Yet out of these less-than-ideal circumstances came one of the most important chapters of our history. Within eighteen months, most of the apostles had returned to Nauvoo after having baptized more than 6,000 people. Many of these converts followed the brethren who had taught them back to Nauvoo, bringing strength to the Church in many different ways, including the skills and manpower needed to construct the Nauvoo Temple. When questions of succession arose following the death of Joseph Smith, most British converts naturally aligned with the Twelve— their missionaries—and sustained Brigham Young as the Senior Apostle fully authorized to exercise the keys of the kingdom.

Aside from the obvious blessings of numbers and strength to the Church as a whole, the enduring influence that this mission to England had upon the Quorum of the Twelve Apostles cannot be overstated. These men formed deep bonds of unity during their absence from Church headquarters. Organizing branches, publishing the Book of Mormon and Millennial Star, presiding over conferences, and witnessing the conversion of thousands instilled confidence and prepared them for additional responsibilities upon returning to Nauvoo. Within three years the Twelve found themselves leading the entire Church after Joseph Smith’s death. Three of the group—Brigham Young, John Taylor, and wilford woodruff—became Church Presidents and successively led the Saints for the next five decades. Others filled additional missions, and several served in the First Presidency.

Although many converts stayed in the United Kingdom and strengthened the british mission, thousands set sail for Nauvoo and later for Utah. They brought an infusion of strength that encouraged Church leaders to expand the missionary force into Western Europe, hoping for—and in several ways realizing—comparable results there. Not long after the body of the Church relocated to the Rockies, Brigham Young sent several members of the Twelve back to Europe to open missionary work in Italy, France, Germany, Switzerland, and Scandinavia.

Despite the nineteenth-century outmigration and gathering of tens of thousands of Latter-day Saints to North America, the British Isles have remained a center of strength in the Church for the nearly two centuries since the baptisms of its first converts. The work moved slowly through much of the first half of the twentieth century due largely to two world wars, but a wonderful period of growth occurred beginning in the 1950s, spurred by President David O. McKays visits to Scotland, England, and Wales. His tour resulted in the announcement of the London Temple in 1953 and its dedication in 1958. Before long the first stake was created in Great Britain, followed soon by others. The British Mission was divided repeatedly, and Church membership increased. Meetinghouses sprang up rapidly in the 1960s. It was at this time that I was called to labor in the British Mission. With five decades of hindsight gleaned since that life-changing experience, I can better appreciate now what a seminal time in the revitalization of the Church that period proved to be. It was, as our mission theme declared, a “New Era” in Great Britain.

In recent decades, the work has continued to move forward. Some 187,000 Latter-day Saints now reside in the United Kingdom. While serving as the Area President in the 1990s, I was able to assist in purchasing the land for a temple in Preston—the second in the UK—and I then had the privilege of participating in its dedication several years later. It is significant that this temple was built in the region where the first missionary labors began in 1837, initiated by Heber C. Kimball and others. Because thousands heard and embraced the gospel, we know that the timing of those missionary endeavors was no coincidence. The Lord prepared a people with the faith to join the Church, obey the word of prophets, leave their native lands, and gather to build Zion in the American West. In the wake of adverse trials that came in the forms of external persecution and internal discord in Ohio and Missouri, the UK emigrants that flooded into Nauvoo and later the Salt Lake Valley infused the Church with renewed spiritual commitment and colonizing fervor.

The spiritual strength of UK pioneers remains conspicuously evident in England, Ireland, Scotland, and Wales today. Latter-day Saints in these countries carry on the wonderfully rich legacy of resolute faith and devoted perseverance demonstrated by their nineteenth- century forbears, proving that “truth will prevail”2 in every generation. 2