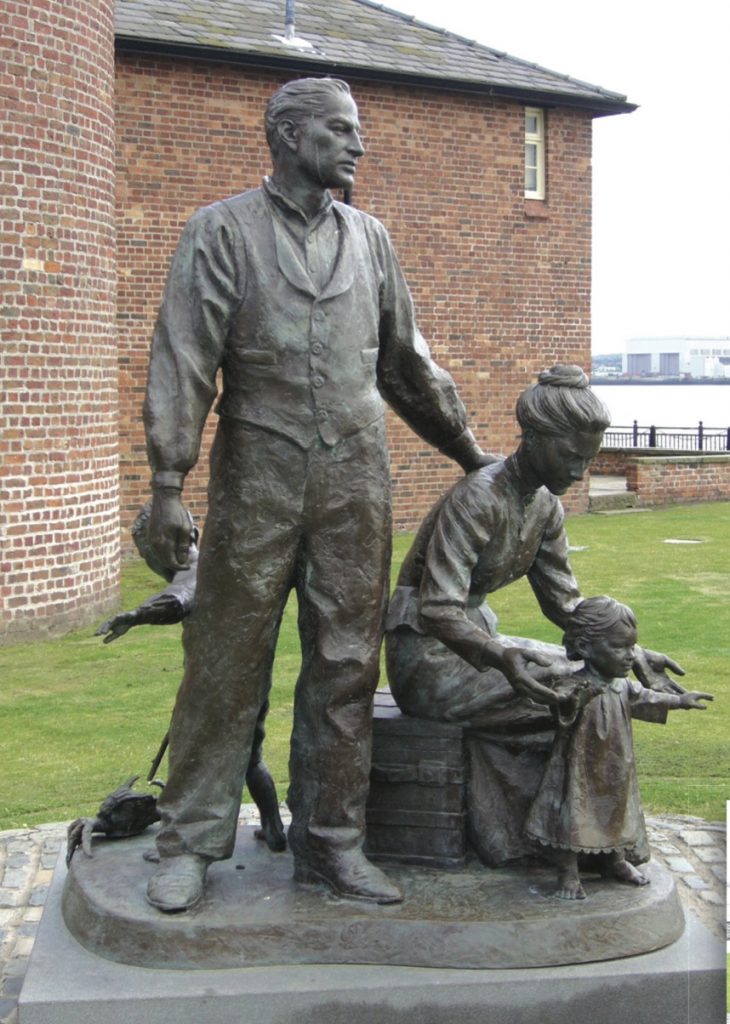 Beside the River Mersey and the entrance to the Canning Half Tide Dock, near Hartley Quay, Liverpool.

This statue of a young family commemorates migration from Liverpool to the new world.

It was given to the people of Liverpool by members of The Church of Jesus Christ of Latter-day Saints (Mormon church) as a tribute to the many families from all over Europe who embarked on a brave and pioneering voyage from Liverpool to start a new life in America.

It is estimated that in total approximately nine million people emigrated through the port.
The sculpture is cast in bronze. The child stepping forward at the front symbolises migration to the unknown world, whilst the child playing with a crab at the back indicates a deep association with the sea.