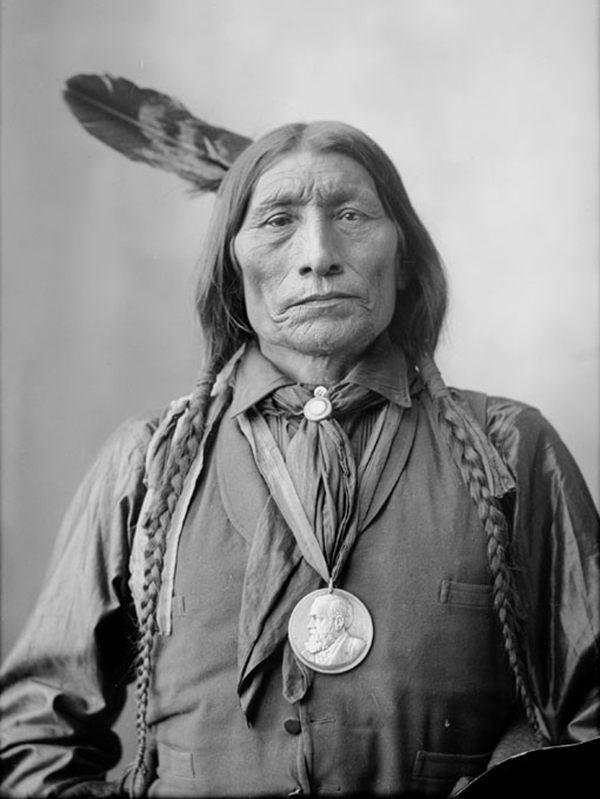 FOUR YOUNG MEN sat in an Indian hogan wondering why the old chief had insisted that they come to his home. Earlier that evening, as Mormon missionaries, they had held a meeting on a street corner in a little Oklahoma Indian village. As a part of the meeting they had just started to sing “Come, Come, Ye Saints” when an old chief, bent and wrinkled with age, pushed his way through the crowd and listened quietly a few feet away from them. All through the meeting the missionaries knew he was watching them closely. They were not surprised after the closing prayer was given when he asked to speak with them, but they were very much surprised when he invited them to his hogan.

As they sat quietly waiting for something to be done or said to show them why the old chief had been so anxious for them to visit him, he began to tell them a story. He said he remembered the time the Mormon pioneers were fleeing from the persecution they were forced to endure in the eastern part of the United States and were seeking a place of peace in the West where they could settle. His people had become angry at all white men at that time and decided to kill everyone whom they met.

The Mormon pioneers, led by Brigham Young, had almost reached the Rocky Mountains. One evening they stopped in a little valley for the night before attempting to go through a high mountain pass in the morning. They prepared their supper over a campfire and then built the flames into a big bonfire and sang and danced together to forget their tiredness and the worries of the day.

Before each family went to its own wagon for the night, leaving only a guard on duty to watch for trouble of any kind, the whole group sang their song of encouragement to each other and dedication to the Lord, “Come, Come, Ye Saints.”

The old Indian told the missionaries that he was chief over more than a thousand young braves on that evening and that each one was hidden behind a rock or tree with his bow and arrows ready to strike down the whole camp.

“I gave the signal,” he said, “but our fingers were like stone. Not one arrow was shot. We mounted our horses and rode away because we knew the Great Spirit was watching over the pale faces.”

The old chief took a violin from behind the door and started to play “Come, Come, Ye Saints” on it. Then he stopped, looked intently at the missionaries and finished his story.

“This is your song, but it is my song, too. I play it every night before I go to bed. It brings the Great Spirit here to me and makes me and my people calm and happy.”