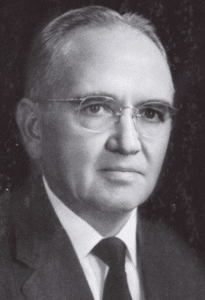 Ira Bennion Sharp, 83, of Salt Lake City, civic leader and member of the sons of utah pioneers, passed away January 28, 1980 at his home.

He was born October 30, 1896 to Johan A. and Rebecca Ann Bennion Sharp. He married Lois Morris Cannon, February 12, 1924 in the Salt Lake LDS Temple. She died June 4, 1975. Ira was owner and manager of the Sharp Livestock Company, active in the cancer crusade in Salt Lake County and for the State of Utah. In Scouting he received the Silver Beaver Award. He was active also in church affairs and missionary work. He continued his church work as a host on Temple Square and as a sealer in the Salt Lake Temple. He is survived by two sons and two daughters, twenty-two grandchildren and nine great grandchildren.