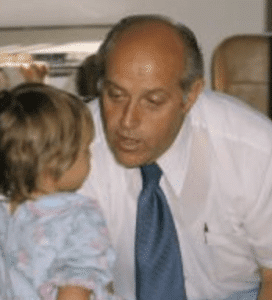 Heber Grant Seaman, 61, died June 24, 1980 in a Salt Lake hospital of an apparent heart attack. He was an active member of the Cedar Chapter of the Sons of the Utah Pioneers.

Born May 15, 1919 in Panguitch to Frank W. and Lena Ipson Seaman. Married Mary Jane Mitchell in Parowan on March 23, 1941. The marriage was later solemnized in the St. George LDS Temple.

Professional forester, serving with the Dixie National Forest Service for 34 years before retiring. Past president of the Southern Utah State College Alumni Association, active scouter, past member of the Rotary Club. Served in many civic positions including the Iron County Commission, of which he was the chairman at the time of his death. Active member of the LDS Church, having served in many capacities, including the high council.

Funeral was held Friday, June 27 in the Cedar Second LDS Ward Chapel. Interment was at the Cedar City Cemetery.