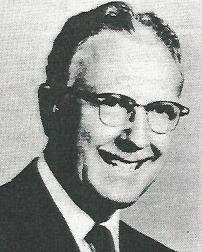 roy utley, 77, member of the Los Angeles Chapter of the Sons of the Utah Pioneers, died Jan. 17, 1970 in a Los Angeles hospital following surgery.  Funeral services were held Jan. 21 in the Wilshire Ward Chapel where Roy served as bishop from May 1949 through January 1955.

Mr. Utley also served as a high councilman in the Los Angeles Stake for a number of years.  He served as a proselytizing missionary for his Church in the Northwestern States.

Affiliated with the Beneficial Life Insurance Company for more than 40 years, he was general agent for the Los Angeles and Southern California Districts.  He held the National Quality Award for his company for 17 years.

A member of the Los Angeles General Agents and Managers’ Association, Mr. Utley retired as general agent in January 1969, assuming the title of senior consultant.  He remained active in the insurance business, however, until his death.

He served as a board member of the American Council on Alcoholic Problems and of the Boy Scouts of America for the Los Angeles District.

Roy Utley was born March 8, 1892 in Annabella, Utah, a son of Gabriel Marion and Sophia Burgess Utley. He married Florence Carter, Feb. 21 in the Salt Lake Temple.  He is survived by his widow and son, Dr. R. Kent Utley and five grandchildren.  Interment was in the Saratoga, California cemetery.