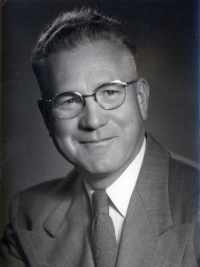 Joseph B. Robison, 77, died March 21 at his Murray home of natural causes. He was an active member of the temple quarry chapter of the Sons of the Utah pioneers.

Worked for Kennecott Copper Corporation for 44 years before retiring in 1967. Active member of the LDS Church, High Priest and home teacher at the time of his death. Worker in the Salt Lake LDS Temple, former Boy Scout leader. Graduate of Pleasant Grove High School in 1923. Served as student body president and valedictorian of his senior class.

Funeral was held in Murray 7th LDS Ward. Burial was at Berg-Sunset gardens of the Valley.