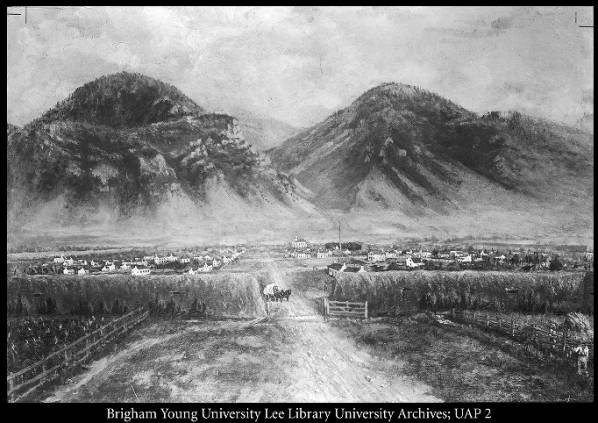 On July 18, 1853, Indians killed a guard at fort payson, precipitating the walker war, which raged in much of Utah. Brigham Young advised the settlers throughout the area to move closer together and build walls around their towns as a defense. The next spring the settlers who had established themselves along the river bottoms and other outlying areas of Provo moved into the city and began construction of a mud wall on what is now Seventh West Street from Sixth South to Fifth North, east on these streets to the present University Avenue and along the Avenue to complete the enclosure.

The wall had a rock foundation 18 inches thick, a height of 12 to 14 feet, a base width of 4 to 6 feet and a top width of 2 feet, reinforced with poles and planks within. There were portholes and other arrangements for defense. Work went on for about two years, during which time the west and south sides and part of the north side were completed. As the danger of Indian attack grew less, work was discontinued. The wall remained standing a number of years but has since disappeared.

This article originally appeared in Vol.58 No.2 (2011) issue of Pioneer Magazine