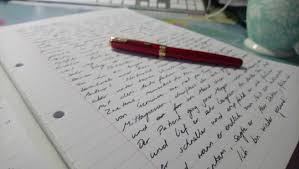 V. Vee Reynolds of the South Davis Chapter holds the position of the Bountiful Regional Director of the German extraction and Coordinator of the German, Spanish and English Extraction Programs. He states:

In this capacity, I frequently run across some interesting stories, which I have asked H. Bartley Heiner, a life member of the South Davis Chapter, to put into verse. Bartley is a very talented individual, and readily consented to my request.  The original purpose was to put the information into a volume of information which I keep entitled “History of Bountiful Regional Extraction Center.”

I sought and received Bartley’s permission to pass onto you these two actual entries taken from a German film and put into prose by Heiner. These were both actual happenings, and took place in Germany on the dates indicated.

We feel they are valuable enough to include in our history.

Just so that you will know, Bartley Heiner is one of my German extractors, and works under my jurisdiction at the Bountiful Regional Extraction Center. It is fortunate that we not only have him to read and extract old German parish registers, but to have the ability to put them into verse as well.

A pretty peasant girl from the country Wanting to better herself,
Hired out as a hand-maid
In an upper-class family.
Before leaving home to take her position,
Her father gave her some advice.
He told her to work well
And to do what she was ask to do.
He did not qualify his words.
In months she gave birth to a baby son.
She was cast out and sworn to secrecy.
Alone, afraid, without friends,
She went to the Pastor for help.
And ask him to baptize her child.
He demanded the father’s name
She refused to reveal it.
So he put her in prison
Thinking it would force her to tell.
The child became sick and dying,
The Pastor hurriedly baptized him.
He must be kept out of Hell.
The broken hearted mother escaped
While the watch-keeper was drunk and asleep.
The Master in the big house

Troubled in his sleep,
Made a contribution to the Parish. The Pastor preached his Sunday Sermon On the original sin and purgatory.
Both guilty, lacking human kindness, Had condemned a pretty hand-maid
To a living Hell.

Elisabeth, a maiden from Erlingen,
Naive to the wiles of the world. Submitted to the attentions of a tavern keeper

And was cast out into the cold.

A lonely man, unaware of her condition, Gave her the shelter of his home.
When she became large with child; He kicked her out of his house.

Without the shelter or love of family, She went crying down the cobble paved street. Suddenly caught in the throes of childbirth, She fell in front of a Shoemaker’s house. Women hearing her agonized cries came to help.

A mid-wife delivered her baby girl; Who fearing the child might not live, baptized it.

Anna Barbara, the kind shoemaker’s wife, Offered the mother and child shelter in her home.

The Pastor, concerned about the baptism, Questioned the mid-wife and the witnesses. As to the use of the word Trinity in the prayer. In all the hubbub, not one could remember. On the following Sunday,

The Pastor’s sermon was on baptism. After the meeting he re-baptized the child, And gave her the name of Anna Barbara. The shoemaker and his wife were delighted.

The record reads that Peter was the father. His last name was unknown to the mother. His life of irresponsibility
Would never know the joy nor the love, That came into the home of the Shoemaker and his wife.