I would like to begin by wishing President Russell M. Nelson a Happy Birthday.  He was born September 9, 1924, and is turning 96 years young.  It is our great privilege to have a living Prophet who receives continual revelation.  I am so grateful for the self-study program which prepared us for this pandemic and for all of the revelatory changes that have occurred and the direction we have received to guide us safely through the COVID-19 emergency.

When we think of events occurring in the month of September, our minds turn almost automatically to September 11, 2001 and the worst terrorist attack in our history which took almost 3,000 American lives.   We all pray that we will never witness such a tragedy again.

But in a much happier vein I would like to develop a thesis centered on historical events which occurred in the month of September that were not mere coincidences, but were events which laid the foundation for the restoration of the Gospel and its furtherance.

We know that Columbus sailed from Spain in August 1492 and made the effective European discovery of America on October 12, 1492.  Other discoveries were, however, necessary as a prelude to the birth of the United States: 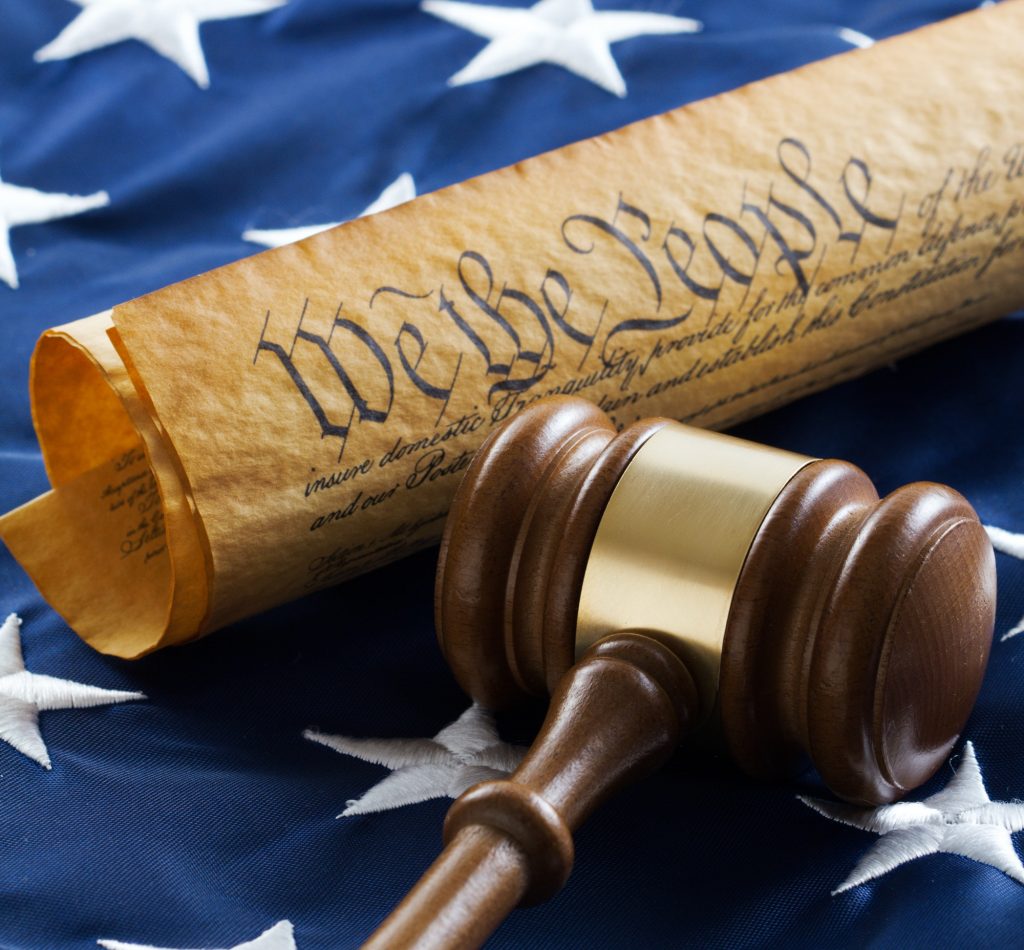 These important events, occurring in the month of September over a period of 296 years from Columbus’s landing in America to the adoption of the Bill of Rights made possible the eventual restoration of the gospel. Even though freedom of religion was guaranteed in the Bill of Rights, we are well aware that Joseph Smith Jr. and members of the Church suffered much persecution over many years as a result of their religious beliefs and practices.

Of course, it was important that the United State retain its freedom.  The war of 1812 pitted the United States against England in what many Americans called the Second War for Independence.  During the war British warships attacked Fort McHenry in Baltimore Harbor.

Young Joseph Smith had just turned nine years old when the War of 1812 ended.  It would be another five plus years until the First Vision.   After the First Vision in the spring of 1820, it was more than three years later before Joseph, now seventeen years old, experienced a follow-up visit. 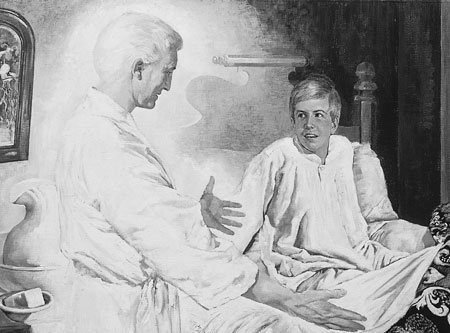 On September 21, 1823, as Joseph lay awake in his bedroom, he began to pray.  As he did so, a light appeared and grew brighter, and then he saw an angel standing in the air.  The angel identified himself as Moroni and calling Joseph by name told him that God had a work for him to do.  He also spoke of gold plates buried in a hill not far away.   Those plates contained a record of an ancient people  and gave an account of Jesus Christ visiting and teaching them the fullness of the gospel.  With the plates were seer stones, or the Urim and Thummim, to aid in translation of the ancient writings.

Joseph was to take care of the plates and show them to no one without being instructed to do so.  Moroni left and reappeared giving the same message again, then departed and reappeared for a third time.   Moroni also told Joseph to tell his father of the visitations.

The next day, September 22, as they worked in the field, Joseph Sr. noticed that Joseph had stopped working and looked pale.  He was told to go home.  As Joseph attempted  to cross a fence, he collapsed to the ground.  As he lay there,  he saw Moroni standing above him asking why he had not told his father.  Moroni then repeated the message of the previous night.

When Joseph told his father, he replied, “It was a vision from God.  Attend to it.”  Setting out immediately for the hill, he soon located the place where the plates were hidden  beneath a boulder.   He pried the rock off a stone box and saw the gold plates, seer stones and a breastplate.    As he reached for the plates, he felt a shock go through him.   He reached twice more and was shocked each time.

Turning, he saw Moroni for the fifth time in two days who told Joseph he needed to purify his heart and strengthen his mind.  He was also instructed to return the twenty-second day of September each year until he was prepared for having  the plates entrusted to him.

On each annual visit, Joseph received further instructions until September 22, 1827 when  Joseph did receive the plates.  He could now begin the translation and initiate the restoration of the gospel.

There was no other place in the world at that time so nearly prepared for publishing the Book of Mormon or preaching the gospel.  Freedom of the press and freedom of religion made possible the restoration of the gospel.

Since 1827 there have been other significant events which occurred in the month of September.   Following the martyrdom of Joseph and Hyrum Smith in June of 1844, the Quorum of the Twelve, with Brigham Young as President of the Quorum, stated on September 9, 1845 their intention to move Church of Jesus Christ of Latter-day Saints to the Rocky Mountains to establish a refuge for the Saints. 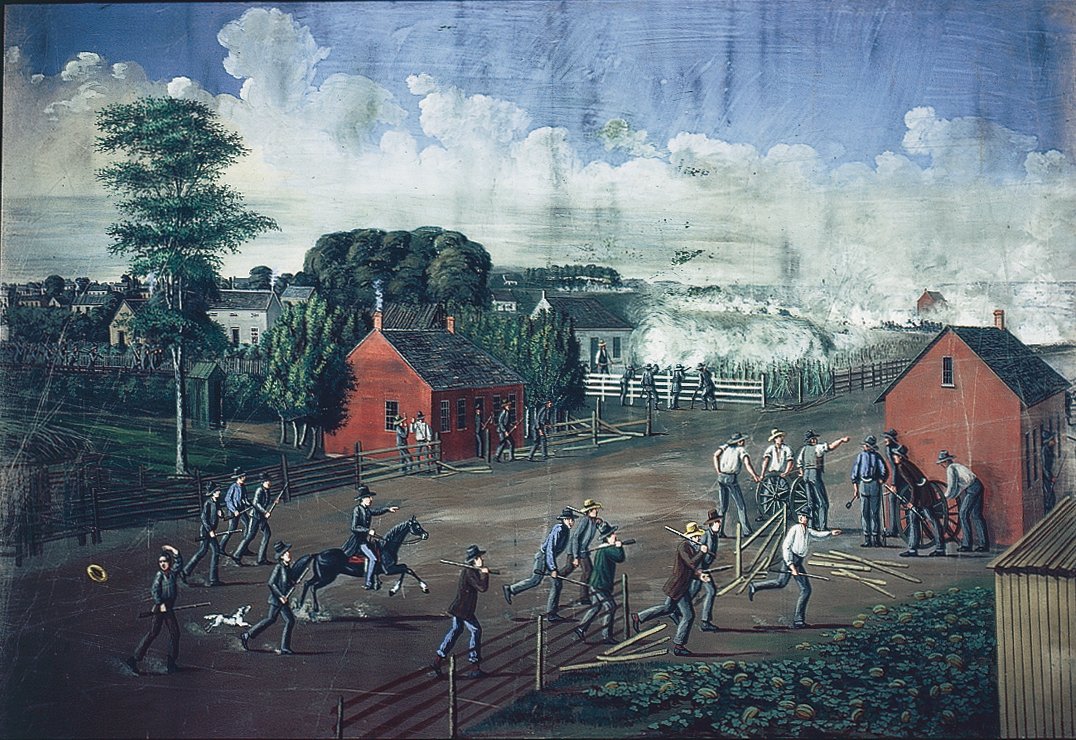 On September 17, 1846 the last remaining Saints were driven from Nauvoo in the Battle of Nauvoo. They soon joined with other Saints preparing for the trek beyond the Rocky Mountains.

After our pioneer ancestors successfully established settlements in Deseret, the Congress of the United States granted territorial status and renamed the Saints kingdom, Utah.  On September 9, 1850 Brigham Young was appointed  governor of Utah Territory by President Millard Fillmore.

In 1856 a unique immigration plan was implemented in order to hasten the coming of the Saints from far and wide to Utah.  The Handcart experiment which began in 1856 ended on September 24, 1860 when the last pioneers to cross the plains by handcart arrived in Salt Lake City.  Between 1856 and 1860 ten companies came to Utah by handcart, including the ill-fated Willie and Martin Companies of 1856  which suffered so terribly in early storms in present day Wyoming.

Another landmark September day was September 24, 1890 when Wilford Woodruff issued the Manifesto designed to end polygamy and pave the way for Utah’s eventual admission into the Union in 1896.  The Manifesto is today, Declaration 1 in the Doctrine and Covenants. 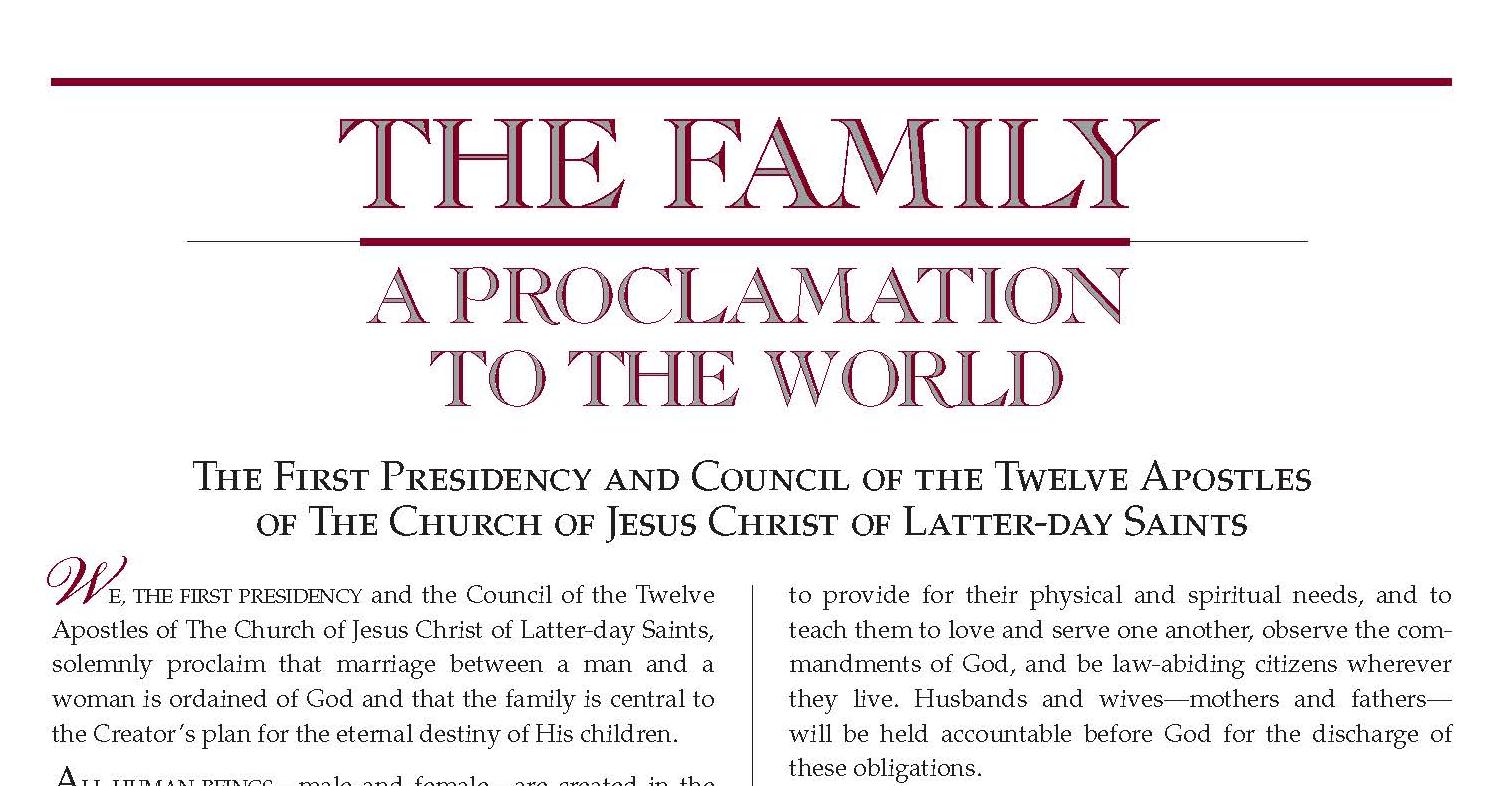 Another declaration inscribed in today’s Doctrine and Covenants is the Proclamation to the World on the Family that was issued on September 23, 1995.

Few months have been so significant as the month of September has been in preparing the world for the restoration of the Gospel and advancing the gospel to its place of significance in the world today.  As we think about it,  September seems to have held a special place in God’s eternal plan.

May we always be thankful for the opportunities opened to the inhabitants of the United States through the sacrifices of many patriots over hundreds of years which made possible the restoration of the gospel and then over time, the taking of the gospel to the world.

On September 16th brad clayton will be sworn in as the National President of the National Society of Sons of Utah Pioneers. You can look forward to Brad’s President’s Messages beginning October 1. Until then, remain well, enjoy  this special month, and be engaged in preserving the precious  legacy of our ancestors.

I would be remiss, in closing my final President’s Message,  if I did not thank the membership of this great organization so much for this singular privilege and honor of serving as your National President for the year 2020.  Thanks for your helpful support and encouragement. Brad has earned the same degree of support.