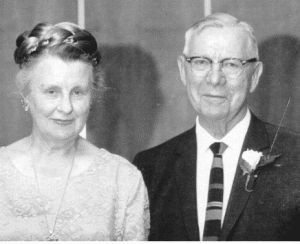 Prominent and outstanding in all activities throughout his life, in high school, Utah State Agricultural College as coach and teacher and graduate.

His military career included twenty-seven years with the Utah National Guard, 145 Field Artillery Battalion as Commanding Officer. He retired from army service as a full colonel. He received the Bronze Star during the Pacific Campaign and was an outstanding marksman.

He is survived by a son and two daughters.