This article originally appeared in the Jan/Feb 1990 issue of Pioneer Magazine.

leo mower, photographer and reporter for the National Society of the Sons of Utah Pioneers, and his wife, Mildred, recently visited the southernmost town in all the world, Ushuaia, located on the southern tip of Argentina. They bring us the following report of modern day pioneering in that cold and far away place:

Pioneering in Ushuaia, Argentina is a way of life that began in 1869 with the establishment of an Anglican Mission. The town is now the capital of the territory of Tierra del Fuego which is the name given collectively to all of the islands near the southern tip of the continent of South America. It is the southernmost town in the world, located at 55 degrees south latitude. The rustic coastal frontier settlement is made up of a wide variety of buildings located on steep streets that overlook the green waters of the Beagle Channel. The town sets in the midst of waterfalls, glaciers, tall snowclad mountains, and extensive forests that are dominated with the rich red foliage of the lenga tree. Its friendly inhabitants are busily engaged with pioneering in specialized manufacturing, farming, sheep raising, lumbering, fishing, and trapping. Then last, but not least, they are definitely pioneering with a new type of tourism that is little known in that part of the world.

The official founding of the town came with the establishment of an Argentinean coast guard station in 1884. In 1906 a prison was added to the area. The prisoners were mostly behind bars during their non-working hours but worked without chains in gangs during the day. The main and overall task of these gangs was that of turning a wilderness into a liveable area. Escape attempts occurred very seldom because there was absolutely nowhere to escape to. There were no roads, no shelter and the terrain was inhospitable to the extent that it would not sustain man. To leave the area of the prison was virtually to go to their death.

The prisoners were moved out in 1940. They left behind them a town that was full of pioneer spirit that was just beginning the process of growth and development. They also left many homes and a variety of other buildings, many of which are still a part of the now thriving town. The prison area and the coast guard station were incorporated and then turned into a naval base to be used for the protecting of the southern part of Argentina during World War II. Development since the end of the war has been progressing at a very satisfactory rate. It presently has a population of about 16,000 with its inhabitants coming from all parts of the world. The predominant language is Spanish, mixed with a variety of several others.

Ushuaia is accessible only by airplane and by water. The only roads are those in the town and in part of the southern area of the island. Paved roads only exist in the town and for a very few miles in each direction along the southern coast. The town has an airport at the edge of town that will handle aircraft up to the smaller twin jet airliners. Jet service is one plane in and out on a daily schedule, weather permitting. The harbor, located almost in the center of town, is ample for most naval and commercial ships. Large tour ships use the docks for overnight stays at intervals during their summer months. These months are our winter ones.

There are presently plans underway to further promote tourism on the year around basis instead of just during their summers. In the advanced planning stage is the building of a modern international airport complete with an instrument landing system and a runway that will handle the largest of commercial aircraft. This runway to be made possible by leveling off the long narrow island just beyond and at an angle with the present runway. The terminal and parking to be near the end and to the right of the present runway. The completion of such an airport would make Ushuaia available by air on a year around basis to all of South America, to the southern part of Africa, all of Australia, and even to North America.

New hotels and condominiums are beginning to get underway along with resort areas useable for both summer and winter activities. Snow is very ample in the mountains behind the town for all kinds of winter sports. The areas only need to be developed and this is in the advance planning stage. There is suitable property available for golf courses, tennis courts, swimming pools, and other activities near the planned resort areas. Boating and fishing is excellent all up and down the entire Beagle Channel and even well into the Straits of Magellan.unway that will handle the largest of commercial aircraft. This runway to be made possible by leveling off the long narrow island just beyond and at an angle with the present runway as shown in the picture. The terminal and parking to be near the end and to the right of the present runway. The completion of such an airport would make Ushuaia available by air on a year around basis to all of South America, to the southern part of Africa, all of Australia, and even to North America.

Pioneering of a very special kind is still alive and well in Ushuaia and has been for a long time. Maybe before many years come and go there are those in our area who will be going on a skiing vacation to Ushuaia, Tierra del Fuego, South America in August and for a summer fishing and boating experience in January. This could be one of the advantages of modern day pioneering, Ushuaia style. 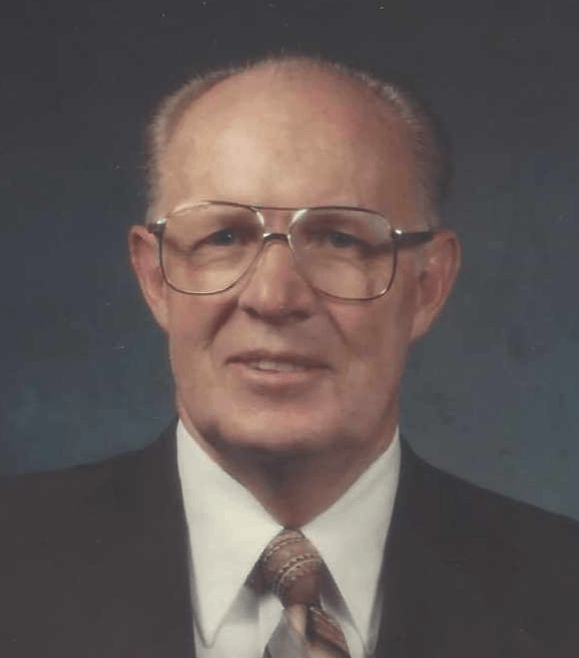 Leo received his Bachelors and Masters Degrees from Utah State University. He was an educator for 34 years: Industrial Education at North Sevier High, and Mechanical Drawing at Olympus High and Cottonwood High. Editor of Industrial Arts Journal. He was the recipient of many awards. An active member in the LDS Church, he served as scout master, Elders Quorum president, ward executive secretary, ward and stake clerk, worker in the Jordan River Temple. Served as officer in Salina Lions Club; treasurer of Holladay Chapter Sons of Utah Pioneers; enjoyed traveling with members of Wasatch Wheelers WIT Club.