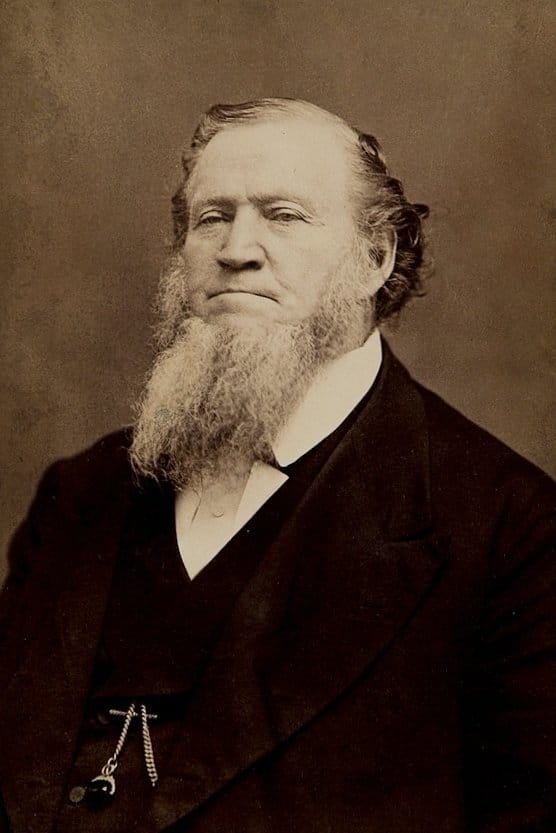 A DOMINANT characteristic of the brigham young personality was the brisk manner with which he could come up with the right answer to most any situation. A faithful and devoted sister came to the president and prophet one day to get counsel and comfort, following a hassle with her husband.

In the course of the interview the distraught wife said: “Brother Brigham, do you know what that man told me to do last night? He told me to go to hell; what about that?”

Brigham looked at her with sympathetic concern and said: “Well, don’t do it.”

OLD ANTI-MORMON JOKE: A popular joke among visitors to Mormon Country in pioneer days hinged on the large number of children running loose about the streets. A number of visitors to Zion latched onto this old bromide about Brigham Young’s encounter with one of these street urchins.

“Whose little boy are you, Sonny?”

“I’m Brigham Young’s boy. Please sir, can you show me where he lives?”

In the book, “The Life Story of Brigham Young,” Susa Young Gates, daughter of the Mormon leader, denied this view, explaining that the relationship Brigham had with each of his 56 children was both intimate and affectionate.

RAPID LEADERSHIP TURNOVER: When the First Presidency of the Church was reorganized in December 1847, it consisted of: Brigham Young, Heber C. Kimball and Willard Richards. In March 1854, Pres. Richards died and was succeeded by Jedediah M. Grant. He occupied the position less than three years, as he died in December 1856. His place was taken by Daniel H. Wells. Pres. Kimball died in June 1868 and the vacancy was filled by George A. Smith. Pres. Smith passed away in September 1875 whereupon John W. Young was chosen to succeed him. That is the way the presidency stood when Pres. Young died in 1877.

And should I walk the golden street

When I have slept my final sleep;

One thing, if only one, I’d keep

And, take with me when lips are cold—