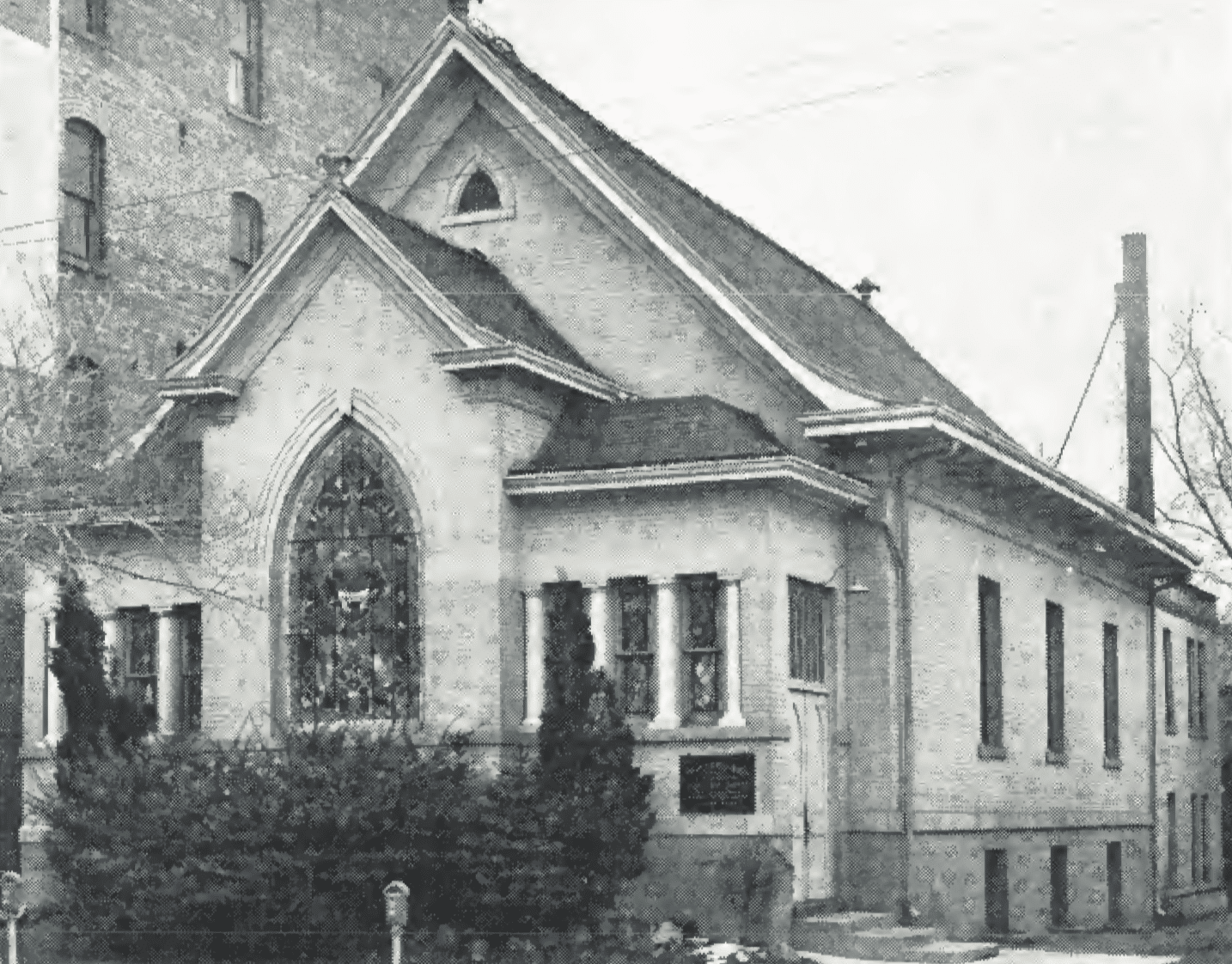 February 22, 1849 was a memorable day in the Valley of the Great Salt Lake for it marked the beginning of 19 pioneer wards, among which was the historic Fourteenth Ward bounded by North Temple, Main Street, Third South and Fourth West.

There is a fascinating story about this area, now fast developing into a new Salt Lake Civic Center. Modern buildings for business, recreation and religious service now replace the old 14th Ward Chapel the history of which dates back to Dec. 9, 1849 when Richard Ballantyne started the first Latter-day Saints Sunday School in his home.

Later, with the organization of a ward, steps were taken to erect a schoolhouse, also to be used for religious worship. This was dedicated Dec. 25, 1852. Not quite large enough for the fast-growing community, Ballo’s Hall was taken over as the all-purpose meeting house. In 1861, a substantial and then-modern chapel was constructed. Recently this had seen its day and was razed.

“The Old 14th” holds many fond memories with the old-timers of downtown Salt Lake City. It was one of the first with a cultural hall, then called “the amusement hall.” It was also the first ward chapel to have a “little theater” in the basement—stage, scenery, orchestra area, etc. But it will be the classic Biblical quotations on the walls throughout the edifice, that will be remembered longest and best, particularly a large one in gold letters: “HOLINESS TO THE LORD.”

Many great and important Church people resided in the old 14th Ward, including: Parley P. Pratt, Amasa M. Lyman, john taylor, wilford richards, willard richards and Franklin D. Richards. The Taylor property included the area occupied by the Greyline Bus Station for so many years. The old family home stood for many years.

john murdock was the first bishop. George Q. Morris of the Council of the Twelve was also one of the early bishops.

After having fazed out as a ward chapel, several foreign nationalities used the chapel for community gatherings and worship services, mostly because of its convenient location.

Although this historic Mormon shrine has passed from the landscape, it will long endure in the preciousness of memory for its many years of service as a community recreational and worship center.