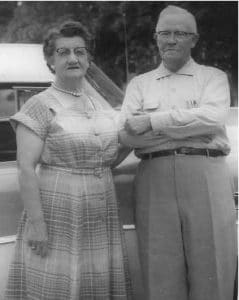 P. B. (Bert) Van Orden, 78, a member of the Salt Lake City Chapter of the sons of utah pioneers, died at his home in Salt Lake City, on Jan. 3, 1970 after a lingering illness.  He was active in the chapter for many years.

He was a tax examiner and inspector with the Internal Revenue Department and served as agent in the service.