[This article originally appeared in the Mar/Apr 1970 edition of Pioneer Magazine.] 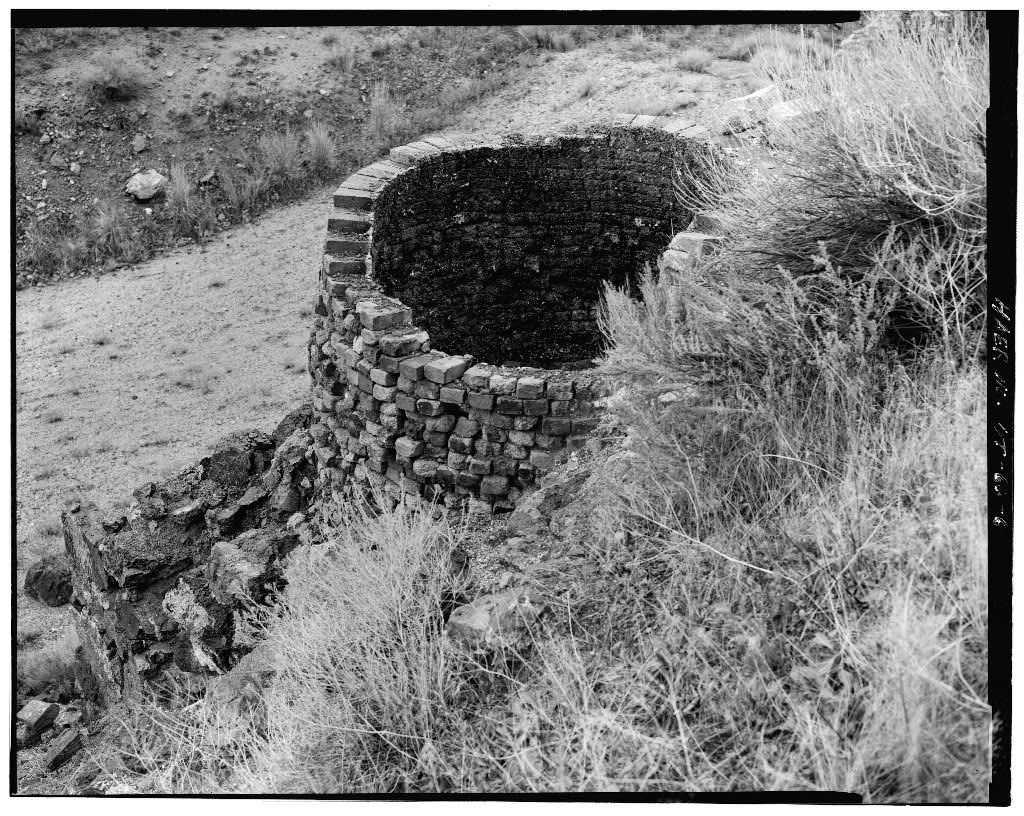 It is probable that many people traveling Highway No. 89 between Brigham City and Logan have wondered what the cairn-like rock structure on the side of the mountain just north of Mantua is. Older folks will recognize it as a lime kiln.

It was built about the year 1892 by james sheffield who burned lime there for about ten years until he was severely injured in a rock slide.  At this time his son, Charles H. Sheffield, at the age of sixteen years assumed the job.

Inside, the kiln is shaped much like an ordinary electric light globe and lined with firebrick.

The kiln was fired from the top—a layer of coal then a layer of rock, about two parts rock to one of coal.  The rock was broken to a fairly uniform size with all the fine rock or dust being thrown out.

About two and one-half tons of coal per day was a standard operation.  This netted fifty to seventy-five bushels of lime which was taken from the bottom of the kiln and delivered to the customer wherever masonry construction was going on.  The price was thirty cents per bushel.

The fire burned constantly for six or eight months out of the year.

Mr. Sheffield said it was a good business for eight or ten years until concrete took the place of rock foundations and other materials replaced lime as a mortar.