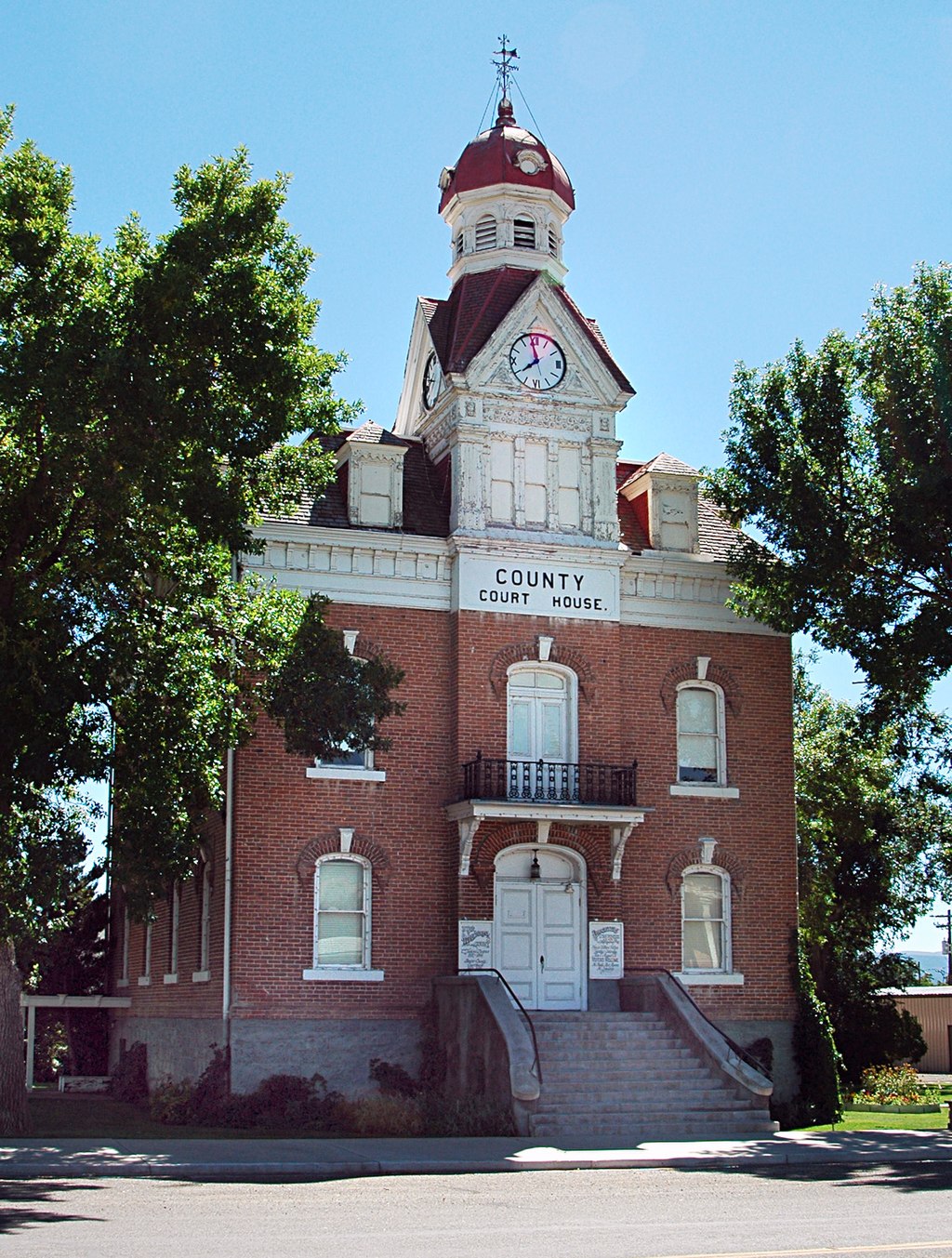 Designated by Gov. Calvin S. Rampton’s Historical Commission as a landmark to be preserved, the old Beaver County Utah Court House has proved one of the best bargains the county ever made. Started in 1877 and completed in 1883, the grand old edifice, still in use, has earned its upkeep many times over.

It has been in continuous use since completion and its total cost was a mere $11,065.01, it is shown by records in the office of rondo farrer, county treasurer. One of the interesting items on record is a handwritten note from Zions First National Bank on April 2, 1880 for $1,000 for financing the building.

Throughout the years the tower of the tree-story red brick building has attracted general attention from visitors and passers through because of its three-faced clock. It is kept “cranked up” as a project by the seminary classes of Beaver Stake, Church of Jesus Christ of Latter-day Saints.

These guardians of the three-faced timepiece admit that it’s quite a task to keep the big black hands of the clock in the right place at the right time. It usually runs fast.

There is no indication at present that the old structure will be replaced by a more modern building although the sentiment is strongly in favor of keeping it as a museum or show [piece].