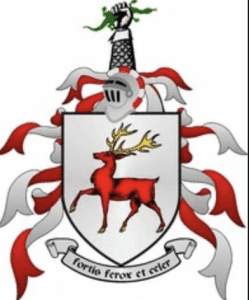 Homer Ward McCarty, 71, former executive secretary of the sons of utah pioneers, member of the National Board and editor of The Pioneer, died Mar, 1 at his home in Salt Lake City, of natural causes.

Prominent in many civic, industrial and religious activities, Mr. McCarty was a member of the L.D.S. Church Young Men’s Mutual Improvement Association General Board and executive secretary of the Utah State Pharmaceutical Association. He was public relations counselor for the Sons of Pioneers and Pioneer Village, the National Pony Express Centennial Association and the National Golden Spike Association.

He was a member of the board of directors of the Blue Shield of Utah, the Society of Military Engineers of Utah, Naval Marine Post 101 and the American Legion. He served In the Marine Corps in World War I.

A deputy collector for the Internal Revenue Department, Mr. McCarty was manager of field offices in Beaver and Ogden from 1922 to 1926. He was a member of the Utah State Historical Society.

A high priest in the Valley View Second Ward, he served as a ward Sunday School superintendent and a member of the Wilford and Valley View Stakes YMMIA boards.

Funeral services were held Mar. 3, in the Valley View Second Ward and burial was in the Wasatch Lawn Cemetery.