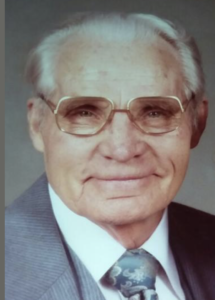 CLAIRMONT HAROLD (MONT) MARGETTS, 76, died June 29,1990 of complication following heart surgery. He was a member of the temple quarry chapter of the SUP, He was born October 20, 1913 in Sandy, Utah to George Harold and Ellen Erickson Margetts. He married Marian Hand on March 22, 1948, and later solemnized in the Salt Lake LDS Temple. He was an active member of the LDS Church serving in many positions. He and his wife were Ordinance workers in the Jordan River LDS Temple before and after they served a mission at the London LDS Temple. He was a veteran of World War II and was employed by Kennecott Copper for 40 years. He is survived by his wife, 5 children, 20 grandchildren, 5 great grandchildren and 2 brothers.