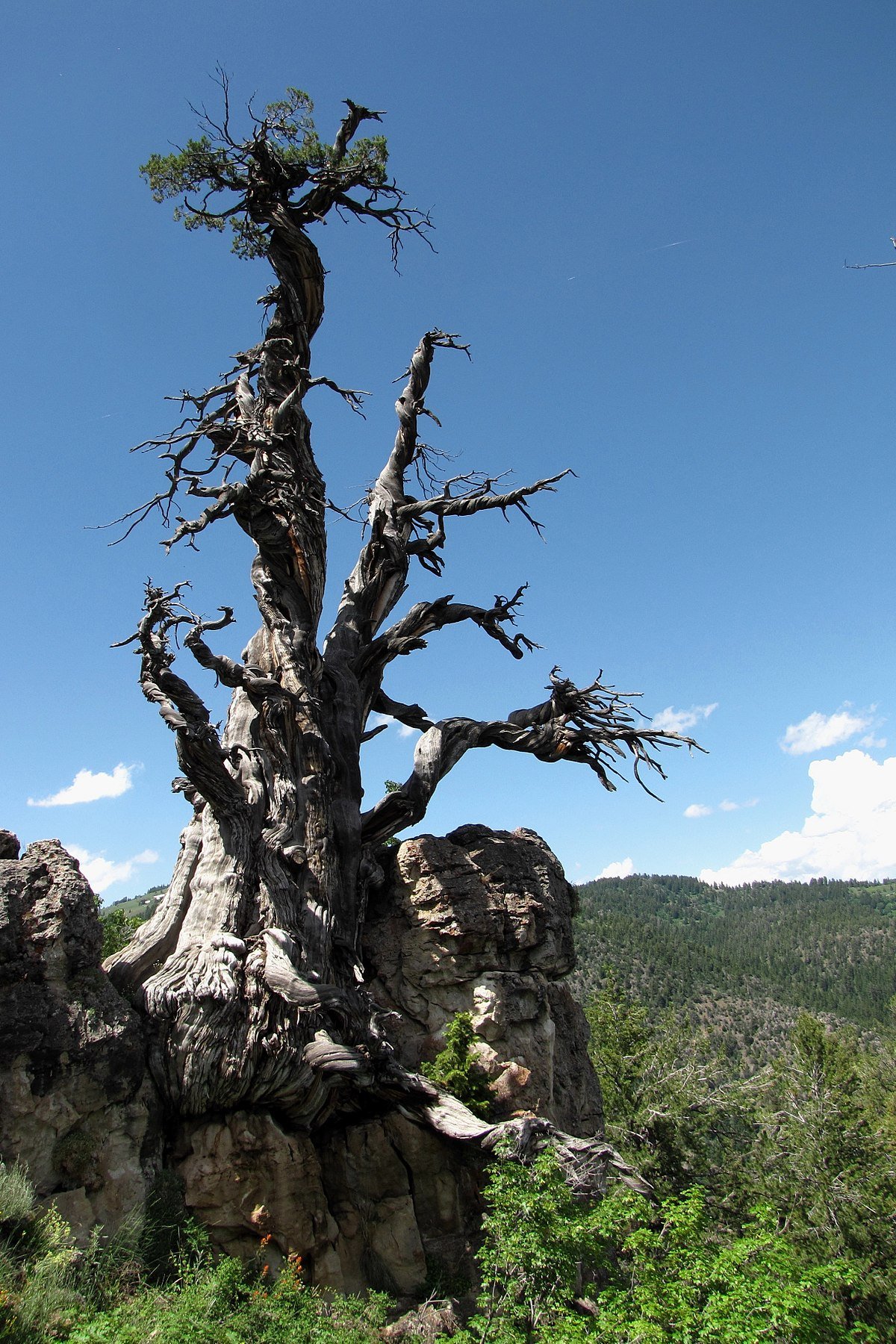 About the time the Sons-of-Moses pioneers were preparing to enter the Promised Land a tree was born; took root in a limestone ledge in the land where the Mormon pioneers came about a century ago. This tree had to fight, as the men of Joshua did, to get firmly rooted in the hostile territory (on a ledge.) As the years and centuries passed the tree became strong, met and overcame opposition until a fire badly damaged it.

When this tree was discovered by Sons of Mormon Pioneers in logan canyon it showed scars made by a fire (but casual observers see no scars). Now, worn, battered by careless climbing feet, it stands a monarch above junipers, pines, spruces; tall trees but they were infants when the monarch was mature.

Visited by men, women, children of Utah and other states, old juniper’s fame has grown year by year.

This year of 1971, the tree attracted more than its usual gathering of visitors because the Sons of the Utah Pioneers in annual encampment, came to pay their respects. And those who could not make it to the tree, found still more beauty and charm from vantage points overlooking beautiful Logan Canyon—peaceful armies of trees extending upward and downward along the silver and white river, flowers of many kinds and tracks on the trail where deer, porcupines and grouse also travel.

Old Juniper, symbol of fast-flying centuries! May it keep its watch from the wind-worn ledge—forever and always. Read these poetic lines by Carlton Culmsee:

There lay the berry shriveled infirm

Lodged between sky and the limestone cliff

Stared back unblinking at the monstrous if . . .

Sun arrows overhead and flint below

Ice from the north and thirst from the south

There the seedling draws its milk from the snow

Bread from the stone sinews from the drouth.

Now the giant leans upon the summit of the years

Weary from the battle with the cloven lime

And small berries taunting the massive jaws of time.