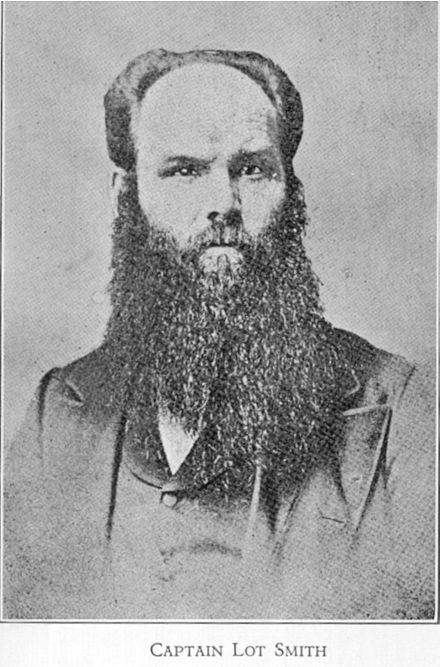 Captain lot smith came into possession of his favorite horse. Stonewall, about 1865. The horse was a wild, untamed creature, which accounts for the fact that he was named after the famous Southern General.

He formerly belonged to brigham young. The animal was a beauty, steel grey, with small head and arched neck. One could plainly see that he was of Arabian blood. People thought he was vicious but he only lacked breaking.

Captain Smith called on Pres. Brigham Young and requested the privilege of breaking the animal,, which was one of six matched horses.

President Young said, “No, Lot, I think too much of you to allow you to risk your life in that manner.’’

Nevertheless, Lot Smith persisted in his request until Pres. Young sent two men to bring the horse out.

Exclaiming, “Pres. Young, I can break that horse very nicely!” he took Stonewall and departed.

A few days subsequent, Lot Smith returned, mounted on Stonewall and demonstrated to President Young how completely the horse had been broken. Captain Smith alighted, seized the horse by the hind legs, raised him up and down in wheelbarrow fashion, crawled between his legs, walked under him, made him lie down, sat upon him and then walked across him. The horse did not appear to notice the maneuvers.

Then Captain Lot Smith bade President Young goodbye and started to go, but the horse persisted in following him. The Captain finally was compelled to come back in order to get Stonewall to return. When they returned to where President Young was standing, the President said, “Lot, because you broke that horse in such a wonderful manner, I will make you a present of him.”

Let Smith rode Stonewall for years and grew to love him as he never loved any other animal. It was a familiar sight among the people to see Captain Smith on his beautiful horse. He was a splendid horseman and made a ^ery imposing appearance when mounted in his saddle.

Years previous to this Capt. Smith while on a skirmish with the Indians, met Col. Robert T. Burton, who was engaged in the same expedition, commanding another Company. The two men became fast friends, and their friendship grew with the years. Later, Lot Smith presented his “favorite” to his old “pal” Robert T. Burton.

It has long been the desire of Lot Smith’s comrades to see wrought in bronze, an equestrian statue of Captain Lot Smith mounted on his favorite horse, Stonewall.—William S. Burton.