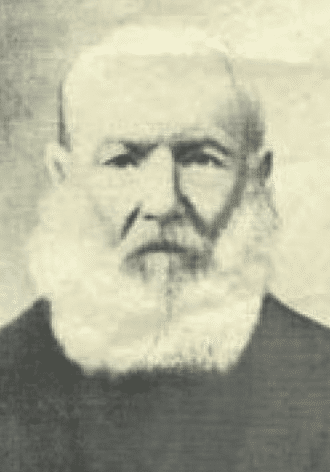 The recent death and burial of an eminent and revered veteran must not be overlooked. It was that of elias adams, Sen., who, if he had lived one day longer would have been 94 years of age. On the first of January last he fell off the front porch, some two feet, on the hard frozen ground, and was probably injured internally. After suffering for seven weeks, death relieved him of his sufferings.

He was born in Vermont State, February 18, 1782. He moved to New York State and then to Illinois, where he joined the Saints. He came to Utah in 1850 and settled near the Mountain Road in Kaysville. Many a suffering traveler, helpless, hungry and cold, has partaken of his unbounded hospitality. He was a hard-working man, and was comparatively active up to the fall of 1885.

He was the father of seven boys and seven girls. His grand-children and great-grand-children are so numerous that our informant gave up the task of seeking their number. Father Adams descended from the real Massachusetts Presidential Adams stock. His children are thorough Americans in every way. For the last few years he enjoyed a pension of $24 a quarter for services in the War of 1812. He also had an annuity settled upon him by his eldest son, Rufus, a wealthy Nevadan.The funeral of Father Adams was one of the largest ever seen in Kaysville. Truly, he was a remarkable man. And the Kays Creekers are a prosperous people.