The following pioneer history was submitted by William L. Barker 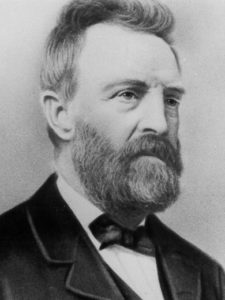 josiah barker was born in Todmorden, Yorkshire, England the December 24, 1831. He was the ninth child of eleven that were born to John BARKER and Mary DAWSON. He grew-up in this area of England, working in the clothing mills, learning to be a power weaver. He met Alice WOODHEAD, and they were married October 1853. They then moved to Knowlwood, Todmorden, Lancashire, England where their first child, Peter BARKER, was born.

Josiah listened to the Mormon Missionaries, believing their message. He was baptized into the LDS Church on 20 November 1853. They decided to go to Utah but didn’t have enough money, so Josiah went to Boston in 1856, working there to bring his family to America. He worked in the mills for a year, saving, then he sent for his wife and son – Peter. They lived in Lawrence, Mass., two more children were added to their family (John W. and Mary Alice), then young John died and Alice had a stillborn child. They decided it was best for them to complete their trip to Utah. They joined with the Henry W.(William) Miller Company (October 1862). Coming to Utah, James Isaac was added to their family as they were traveling to join the Saints of Utah.

Settling in Clarkston, Cache Valley, five more children were added to their family. Josiah had rheumatism and the cold Winter weather was hard on him. He wove cloth, on a loom that he made, which they made into clothing in the cold winter months. Their last two children died in early childhood, in Clarkston. Nine living children were born to the union of Josiah and Alice.

In 1875, they was going to see St. George, a warmer place to live. Peter had been working on a new temple in St. George and the Indians of Cash Valley always went South for the Winter. His son told him of the warm winters of St. George and he wanted to see what it was like. As they traveled South, he heard, of the excitement of a new place they were going to settle in “Tater Valley”. He went to Panguitch to find out about it. Josiah and Peter help to build a road over the Escalante Mountain in the late fall of 1875. The rest of the family stayed in Panguitch, getting ready, with the families that were moving to the valley in the Spring. On March 2, 1876 Josiah’s family left Panguitch for Potato Valley. They were snowed in at Flat Bottom (south end of John’s Valley), and with the help of a HALL boy they were able to get to Sweet Water (Widtsoe), where they stayed until May. Then with help and a lot of trouble they were able to get over the Escalante Mountain, onto the new settlement of now, Escalante.

Josiah and Alice BARKER and their family, were the first family with white women with them, coming into the valley. Mary Alice BARKER and Kate JACOBS, a friend, were in the front wagon; so they were the first of their sex to enter the valley, Alice and Maria BARKER were in the second wagon. Other families came into the valley in the next few day, to get the spring planting in and continue with the work of starting their new settlement, digging ditches, putting up fences, and building a places for a family to live (started the year before). Josiah had a level with a sight on it, like a gun, he would use in leveling; with this, he helped to lay out the irrigation system for the town. He was the first secretary(clerk) for the Escalante Irrigation Co.(1877), serving for many years; his son, Peter, followed him as clerk – until 1922. Josiah had worked as a weaver, a tailor (he wove some of the cloth and cut out the material that was sewn into the clothes for his family), a carpenter (his tools were always sharp and ready for use), a beautiful penman (even though he had lost part of his fingers, he could still use a pen and tools OK), he played a violin (for many different occasion), a farmer (he was a very successful farmer and stock raiser), and a merchant (he and Thomas HEAPS owned one of the first stores of Escalante).

Josiah was appointed the first Superintendent of the Sunday School of the Escalante Ward, he served for ten years. His son Peter was the Secretary. He was active in the LDS Church throughout his life.

After living in a dugout for a time, he built a one of the first adobe houses on the lot that was assigned to him as the settlers drew lots for the one and quarter acre town property lots. He drew lot 3 on block 12, the house he had built is still standing in 1995. His farm was north of town (parcel #20), he homesteaded a meadow South of Escalante and pastured livestock on the mountain around Barker Reservoir.

Josiah and Alice BARKER, and Thomas HEAPS went back to England in 1886 to visit with family and friends. To gather the names of their ancestry, so temple Work might be completed. When they came back they brought many fine things for the store and their homes. Josiah’s Family Journal records many of the names they gathered and the Temple Work that was completed for them. Josiah had a hot temper (just like his red hair), many stories are told of the things he did when he was angry, and he could be just as sorry when he cooled off.

As he drove his team, he would start them down the road, find a comfortable place and was soon fast-to-sleep, until the team stopped at his corral gate. One of these trips he was hauling a load of shingles from Panguitch, for some some reason his team was startled, they started to running down the canyon, the wagon hit a large rock in the road, Josiah was thrown off the wagon, breaking his neck. The driver of a wagon behind him, found him lying in the road, he died a short time later on the 21 July, 1897