This article originally appeared in Pioneer Magazine, 2010 Vol.57 No.1. 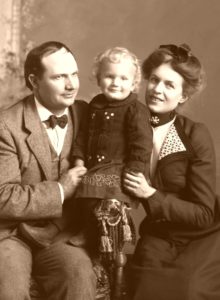 william howell jones was a missionary who survived the Cane Creek Massacre.

Elder Jones spent much of his early mission in Alabama and Mississippi. He was a talented debater and was considered a good match for Elder Gibbs on their tour to publicly defend the Church. William H. Jones was 25 and unmarried at the time of the Massacre. Described by Deseret News as “short of stature, moderate build, and of polished and agreeable address.” He “joined Brother John H. Gibbs on Cane Creek” in April 1884.

He knew how to play the Beatie organ, or at least practiced it on one occasion. I have not been able to determine what that is, but it is some kind of musical instrument that Elder Gibbs slept through while his companion practiced.

Elder Jones stayed behind at the Garrett’s home on August 10th, to read a sermon in the Deseret News. As he later made his way to the meeting he was captured by the mob and left under the guard of one of their number. He was later allowed to escape.

Elder Jones is described in Elder Gibbs’s own words:

“I recd word from Pres. Robert that . . . one W. H. Jones was to be my companion. I met the said Jones at Bro Elisha Tally’s — but little did I think it was my esteemable old friend W. H. Jones from Brigham City. My heart was lit up. my soul revived And I am proud of my Co laborer. Elder Jones is a Young man of 25 years. unmarried. has a good knowledge of the principles of Gospel. and has great faith in the power of God. He is blessed with talent, education good, He is good company, joval, comical yet spirited with sufficient good common sense to make time pass agreeagle. He came into the Mission is April 83. has labord in Ala and Miss. While there he debated publicly with one Rev. Wheeler made many friends and baptized six.”

Gibbs would later say that Jones . . . “is a refined young man of good education and qualifications . . . formeraly from Wellsville Cache Co. His deportment is good, is expression in average and in all I think I have been blessed with a good partner.”