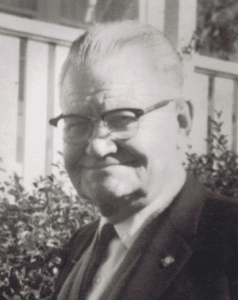 Thomas William Jensen, Smithfield, Utah, age 78, died March 4, 1971 in a Logan hospital of natural causes. He was an enthusiastic member of the sons of utah pioneers, a member of a bishopric in Ogden and a former missionary for the Church of Jesus Christ of Latter-day Saints to Norway.

While a resident of Mt. Pleasant, Utah, was Sunday School and YMMIA superintendent and high priest group leader.

Mr. Jensen served three terms as a member of the Utah State Legislature, the State Board of Agriculture and the State Farm Board. He also served on the National Reclamation and Utah Highway Users Committees. He was a member of the Kiwanis, Lions International, Ambassador Clubs, and the Smithfield Fifth Ward.

Funeral services were held Mar. 8 at 36 East 7th South, Salt Lake City and burial was in the Memorial Gardens of the Valley.