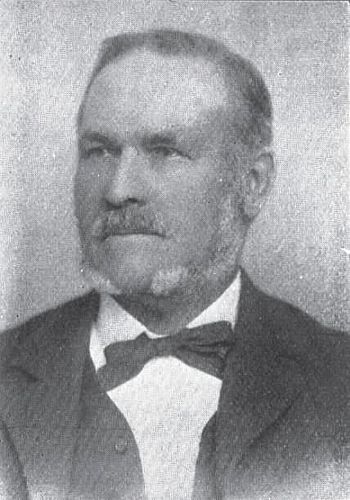 john jaques was born 1 January 1827 in Bosworth, England, the son of Thomas and Mary Ann Heightington (middle class English). His father was the head gardener for a wealthy landlord.

The Jaques family members were [neither] pleased with the Church of England nor the Baptist Church doctrine, but readily accepted the teachings of the Mormon missionaries. Upon finding out they had embraced Mormonism, their landlord requested they move, which they did. As a result of this, they lived on low-paying jobs.

In 1834 John entered Bosworth Grammar School, and later on was an apprentice cabinet maker for three to four years. When 18 years of age, he was baptized by thomas brown ward and in January 1848 was ordained an elder. In October 1849, his first poetry “SOFTLY BEAMS THE SACRED DAWNING” was published in the millennial star.

John knew the Gospel was true. In 1850 he was called on a mission and traveled without purse or scrip, as early missionaries did. He occasionally had only a crust of bread or a piece of cheese. He slept in wagons, in haystacks or in barns, and sometimes walked all night to keep warm from falling rain.

In 1852 he was called as assistant editor to Franklin D. Richards of the Millennial Star. He was in that position for four and a half years. In the meantime, he married his first wife, Sarah Loader. While at the time of his work with the Millennial Star, he printed a catechism, a sectarian program in England for children, similar to our Primary and Sunday School classes today.

When released from the Millennial Star, he made arrangements for passage on the sailing ship Horizon. There were more that 650 LDS immigrants under the supervision of Brother Martin. Wards were organized and John Jaques was a leader of one group. There was much excitement on board as they left England.

As young people got acquainted, there was love at first sight, and several marriages were performed. There were many expectant mothers on board who gave birth, some prematurely. A few mothers and babies died and were buried at sea. There were rough seas and much sickness aboard.

While at sea, church services were held. The captain of the ship said the LDS people were the best behaved people he had ever taken to America. The ship arrived at Boston Harbor on 28 April 1856 after five weeks of sea travel.

From Boston, they traveled by rail and river boat to Iowa City, where preparations were made for further travel to the Salt Lake Valley. Handcarts, covers and tents were made. Food, clothing and other needed supplies were purchased.

When leaving Iowa City, they were under the leadership of Brother Martin. They were divided into groups of 100, 50 and 10 people. Brother Jaques had charge of a 100-person group. With the late start, food had to be rationed with one pound of flour per day, which was later reduced to one half pound and reduced again to one fourth pound per day. Most supplies were soon exhausted and wild game could not be found. Over 100 people died and were buried en route. One morning, 19 people were found dead and were subsequently buried.

One night a delirious man came to the Jaques tent and was given a blanket and bed space. During the night he tried to eat the flesh from one of the girl’s fingers. Earlier he had eaten the flesh from his own fingers. He died during the night from hunger and frost. There were many days of heavy snowfall and the campers could not travel. The following is what happened one bad stormy day.

“The handcart company rested in Martin’s Ravine. Though under the shelter of the northern mountains, it was a cold place. One night the gusty wind blew over a number of tents and it was difficult for some of the immigrants to keep from freezing to death. One afternoon Captain Martin and two or three other men started to go from camp to Devil’s Gate, but a snow storm came on and they mistook their bearings and lost their way. After wandering about for several hours, they came near perishing. They endeavored to make a fire to warm themselves. They gathered some cedar twigs and struck match after match to light them, but in vain. At length, with their last match, and with the aid of portions of their body linen, they succeeded in starting a fire.

“The fire was seen from the handcart camp. After their anxious and weary wanderings, they were only about half a mile distant from camp. Help soon came to the benighted wanderers and the ‘boys’ carried Captain Martin, who was nearly exhausted, back to camp.”

Some members of the Jaques family lived temporarily with the Franklin D. Richards family as Brother Richards and John Jaques were former co-workers in England. One of the Jaques girls went to Lehi to live with a family who purchased two bolts of cloth. One bolt was for underclothes and one for dresses. They also purchased two pairs of shoes and other needed items as evidence of brotherly love.

After arriving in the Valley, Brother Jaques held many positions. He started schools for the children. He worked for the Daily Telegraph, a newspaper of Salt Lake City and Ogden. He received his endowments in the Old Endowment House. He was Church historian as called by Brigham Young. He was later a bookkeeper for William Jennings. He was called on a mission to England in 1869. He returned in 1871 and was appointed assistant editor of the Deseret News.

He married Mary Ann Amott as a second wife. He was ordained president of the 8th Quorum of Seventy. He left the Deseret News and was put in charge of the church historian department and served as general church recorder. He was elected representative to the legislature of the territory of Utah, working on many committees. He was reelected as trustee to the 12th School District. He was made senior president of the Quorum of Seventy. In 1899, at the death of President Wilford Woodruff, he was made executor of his estate as he had been his private secretary for many years, and was a trusted man.

Mr. Jaques lived at 530 East South Temple where he had a garden, sheep, hogs, cows and horses. He was a great man and we honor the name of John Jaques. He died 1 June 1873 following one week of illness. We have a deep love, gratitude and appreciation for our pioneers.

In the Relief Society Magazine of April 1922, the following is found:

“Softly Beams the Sacred Dawning”, while not in the same class with “Oh Say What is Truth?” as a poetic composition, it nevertheless is a favorite hymn with the Latter Day Saints. It stands second among John Jaques hymns for its literary quality, being lofty and poetic, both in conception and style.”

In the Improvement Era of July 1937 we read the following: “Two Latter Day Saint hymns which have played a great part in the upbuilding of Mormonism and which are ‘an exception to the rule of dullness, governing sectarian hymnody’ are ‘Softly Beams the Sacred Dawning’ and ‘Oh Say What is Truth?’ by an English author.”

President David O. McKay stated that his favorite hymn is “Oh Say What is Truth?” “Tis the fairest gem which the riches of worlds can produce. This beautiful and inspiring song was written by an English convert, John Jaques, and was published in the Millennial Star on August 1, 1850, when Elder Jaques was twenty-three years of age.”

We have a deep love, appreciation and gratitude for our pioneers and also the associations we have together.

This article originally appeared in the May/June 1990 issue of Pioneer Magazine.