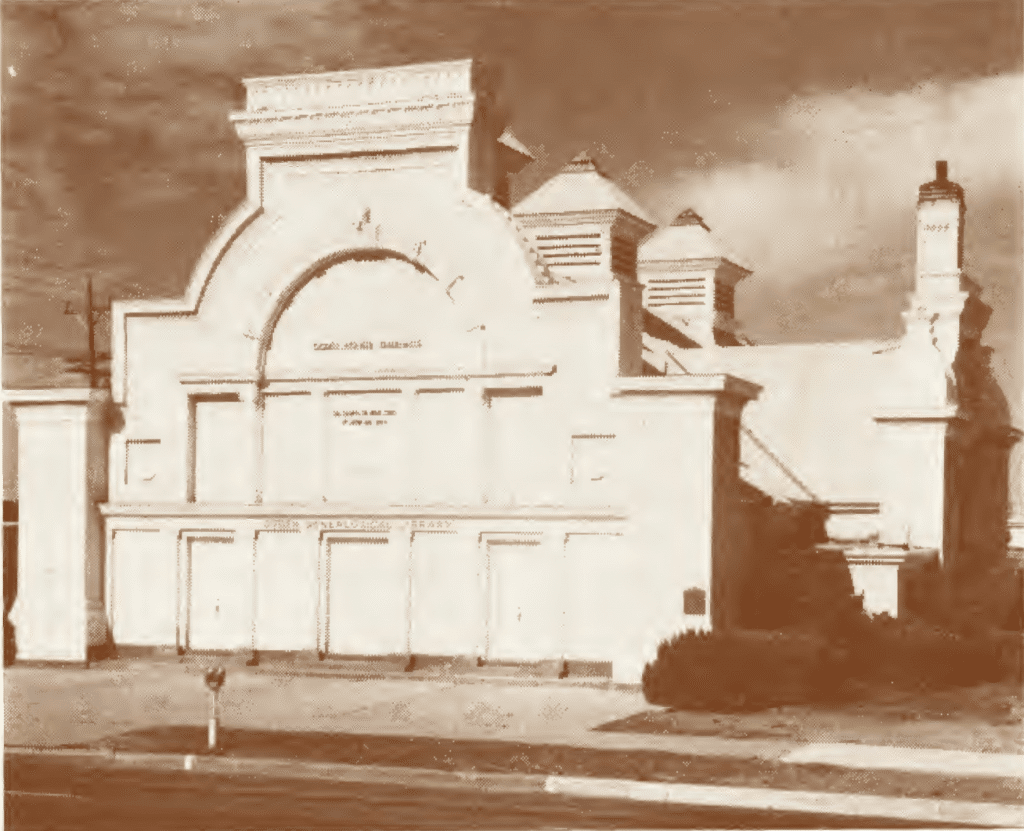 OGDEN — Another grand old Mormon edifice has been razed to make room for progress and expansion of the facilities of The Church of Jesus Christ of Latter-day Saints. Gone from Ogden’s picturesque Tabernacle Square in the heart of downtown, is the old ogden tabernacle. Following a unanimous decision by 26 stake presidents and the approval of the First Presidency and the Church Building Committee, the structure was removed to make room for the planned architectural layout of the square as it conforms to the new ogden temple now being constructed.

The building in recent years, since the construction of the new Ogden Tabernacle, has been used as a genealogical library. A new genealogical facility will be built onto the new tabernacle, said Keith W. Wilcox, chairman of the Ogden Stake Presidents Council.

First used by the Ogden Division of the Utah Militia when Johnston’s Army came to Utah in 1857-58, the old tabernacle in 1896, was remodeled into a church building for stake conferences and other stake and ward gatherings. It had a seating capacity of 1300 and was the home of the once-famous Ogden Tabernacle Choir.

The use of the building for stake conferences ended in 1952 with the completion of the new tabernacle. It was made into a genealogical library in 1966.

With the removal of this historic old landmark, the landscaping and fencing of Ogden’s Temple Square can now be completed.