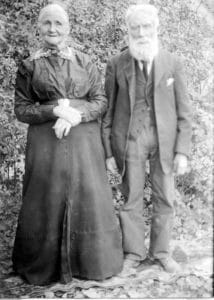 john nock hinton left England April 23, 1861 on board the Underwriter vessel. While on board ship, he met, fell in love with, and married emma spendlove three days before landing. They landed in New York, May 22, 1861. From there, they went on to Florence, Nebraska where they joined a 200-team company carrying 624 Saints to the Salt Lake Valley.

They arrived in Salt Lake City, September 13, 1861, rented a one-room house, and started housekeeping. John secured work with William Capener. They made furniture and caskets. He had learned the trade of carpentry in England, having been apprenticed out as a cabinet maker.

While working for Capener, he made all the furniture they needed for their own home. He made a table that everyone admired. Colonel Reese, who had been sent here to disburse provisions to the soldiers, bought it and paid them enough flour and bacon to last them during the winter of 1861.

In 1862, the Hintons decided to move to southern Utah, and late in December, they settled in Virgin where, for a time, they lived in a dugout. He built nearly all the first homes in Virgin. He also built a loom to weave cloth and made caskets.

In 1871, he made himself a large rocking chair and his wife a smaller rocking chair without arms to be used for a “nursing” chair and three common chairs with canvas seats. The timber to make these chairs was brought from Zion. All the tools he had to make them with were his pocket knife and a drawing knife.

In 1876, he spent most of his time doing carpenter work on the St. George temple donation. The next year, he sold his land and his team and built a furniture shop. He had a turning lathe and other machinery propelled by a large water wheel in the stream that ran through the east and south end of town.

He sold everything he had but the house they lived in to raise money to put into the shop. [When] the upper story of the shop was full of lovely furniture ready for sale, [it] caught fire in June 1879 and burned down. This necessitated his going to Salt Lake City to get work as a carpenter so that he could earn enough money to buy more tools. He returned home at Christmas time, bought more land, set out an orchard and vineyard, and built three more rooms on his house.

In 1884, he took up the cooper trade. He took his boys, went on Kolob mountain, and split out staves from the large pine trees. They made hundreds of molasses barrels. He bought an old wagon and remodeled it from wood of locust trees. It was a very stout wagon and used for many years. He even made wooden washers with zinc bottoms equipped with [a paddle] made of wood which fit inside the washer. It was pushed back and forth to clean the clothes.

“I am a daughter-in-law of John Nock Hinton and appreciate the pioneer furniture he made. I am sleeping on a bedstead he made 74 years ago. They had no bed springs at that time, so he made a frame to fit inside the sideboards and stretched small bailing rope on this frame. This served for springs in the early days to put their straw or husk ticks on to make up their beds. The head of the bed is very fancy. It has a large panel, artistically carved to finish it off. I am very proud of it. I am using a rocking chair with a high back and arms on it that he made about the same time.

The rockers have four wooden pegs in each rocker to fasten them to the legs of the chair. The arms are beautifully carved and are also fastened with these strong wooden pegs. The rounds and rockers are, also, glued. They made their own glue from the hoofs of animals. They would chop up the feet of the animals, put them in water, and boil them for an hour or more. The glue would come to the top of the water. It would then be skimmed off and stored for future use. “The nursery chair I have in my possession has three rounding slats, crosswise, for the back and a rawhide bottom. The early pioneers would treat the cow hides, scrape off the hair, and cut them into rawhide strings with which to weave the chair bottoms. They were very durable.” 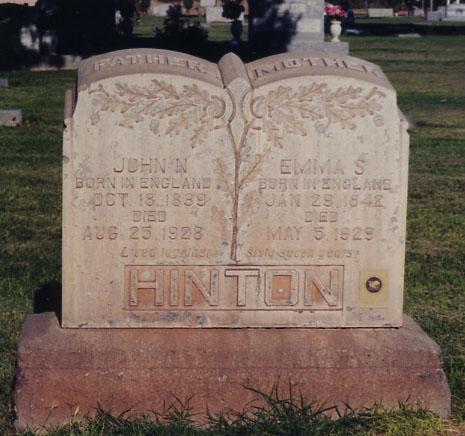