A Child’s Memories of Life in Mexico 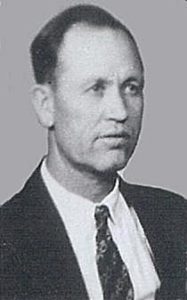 I was seven years old when we left Virgin, Utah to move to Morelos, Mexico.  When we left, we had two four horse outfits. It took several years to get there. We went by way of Pipe Springs, Fredonia and out over the Kaibab Mountain to Lee’s Ferry. We crossed the Colorado by putting both outfits on a flat boat. Mother drove her four horse outfit over the hogs back, which was an almost impossible feat.

We continued on to Holbrook, then to Woodruff where we stayed ten days to rest the horses.  Traveling on, we went another 90 miles to Springerville, Arizona where we rented a farm and lived for 2 years.

We finally left for Mexico. Besides the 2 four horse outfits, we had 30 head of cattle, and trailed them all the way to Mexico. It took two months to make the trip.  At the border we bought a ton of flour, for we had heard there was no flour mill down there. When we reached Morelos we found people grinding wheat by hand. Many of them longed for some white flour, so we traded part of our white flour for the graham flour they were grinding.

At Morelos we bought a farm and cleared the mesquite off the land and raised good crops: grain, hay and molasses. We had a nice orchard of peach and apple trees and a small vineyard as well.

While we lived there, a bad flood came that covered the whole town and washed away all the houses down by the river. It washed our orchard away also. We moved out of the house while water was clear up to the wagon box. This same flood washed away another town and grist mill above us. After the flood we found fifty, and hundred pound bags of flour in piles all over. The sacks were only wet an inch or so inside, and a lot of the flour was still usable. We also watched straw stacks float by with cattle still on the straw. It was the Bavispe River that flooded.

We had two ranches on the cavellero creek. We called them the Upper and Lower Ranch. For a couple of years we rented cows from the Govalandos (sp) (Spaniards) and at times we milked as high as 50 cows night and morning. While on the ranch we lived on wild game. There were deer, wild hogs, quail and fish in abundance.

We raised all kinds of melons, corn and sweet potatoes on these two ranches, as well as operating the dairies. Some of the sweet potatoes were enormous, weighing as much as 15 pounds each.

While living there, two sisters and one brother were added to the family. One of those sisters, and my older brother Sam, died.  This was a difficult time for me.

We lived in Morelos during the winter and moved to the ranch in the summer. When I was about 10 years old, I had to go to the ranch alone and run it. I had to stay there about two or three weeks at a time, and never saw anyone but an occasional Mexican who came through there. It was a might lonesome job. I was supposed to watch the crops and see that they were watered. I had a dog to keep me company, and a bear trap that I kept set. One day, while I was there alone, six Mexicans came up riding for cattle. By rights I should have been afraid of them, but it seemed wonderful to have someone to talk to. I asked them to set my trap for me if they could. Some of them weighed 250 pounds, so they were big men, and all of them tried to set the trap but couldn’t. In spite of my years, and small size, I took the trap and set it, much to the amazement of the Mexicans.

The Bavispe River had many fish in it. We used to take sticks of dynamite and throw in the river and that way we got all the fish we needed. Some of the catfish in the river weighed 160 pounds. We did a lot of our fishing with a wire net called a seine.