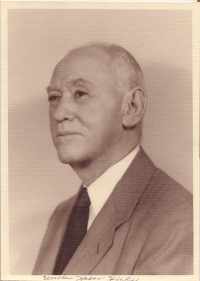 He was president of the utah press association in 1917 and did some writing for The Pioneer, mostly histories and biographies. He worked for a number of years for the Chicago Investment Trust and American Shares Corporation in Arizona. He was also president of the Mining Exchange in New York City.

During the period 1950 to 1957, Mr. Hicks served as executive secretary and lobbyist in Washington, D.C. for Sen. Reed Smoot.  Another of his positions was that of director of State Securities and Real Estate Commission of Utah.

From 1967 until his death, Mr. Hicks was West University Stake director of 10 rest homes.

In religious activities he was bishop of the Papago Ward in Phoenix, Ariz,, from 1935 until 1949. He was a member of the high council of the Washington, D.C. Stake and was a high priest in the 11th Ward in Salt Lake City. He served a proselyting mission for the LDS Church in River Valley, Arizona in 1935.

Funeral services were held Mar. 1 in the 11th Ward Chapel in Salt Lake City and burial was in Arizona.