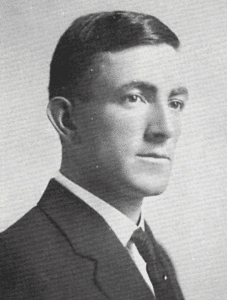 He was graduated from the Stanford Law School in 1924. Shortly afterwards, he was elected Ogden City judge. He then served as a district judge for 10 years during the late 1940s and early ’50s.

He entered private practice after his retirement as judge and retired in September.

He was a member of the Utah and Weber County Bar associations: had been a member of the Lake Bonneville Council of Boy Scouts: and served on advisory board of the Alcoholism Foundation.

He belonged to booster clubs at Utah State University and Weber State College and was a prime booster for athletic activities in Northern Utah.

The funeral service was held Nov. 3 in the Larkin Chapel. Burial was in the Ogden City Cemetery. At the services tributes from Governor Calvin L. Rampton and Chief Justice J. Allen Crockett were read.