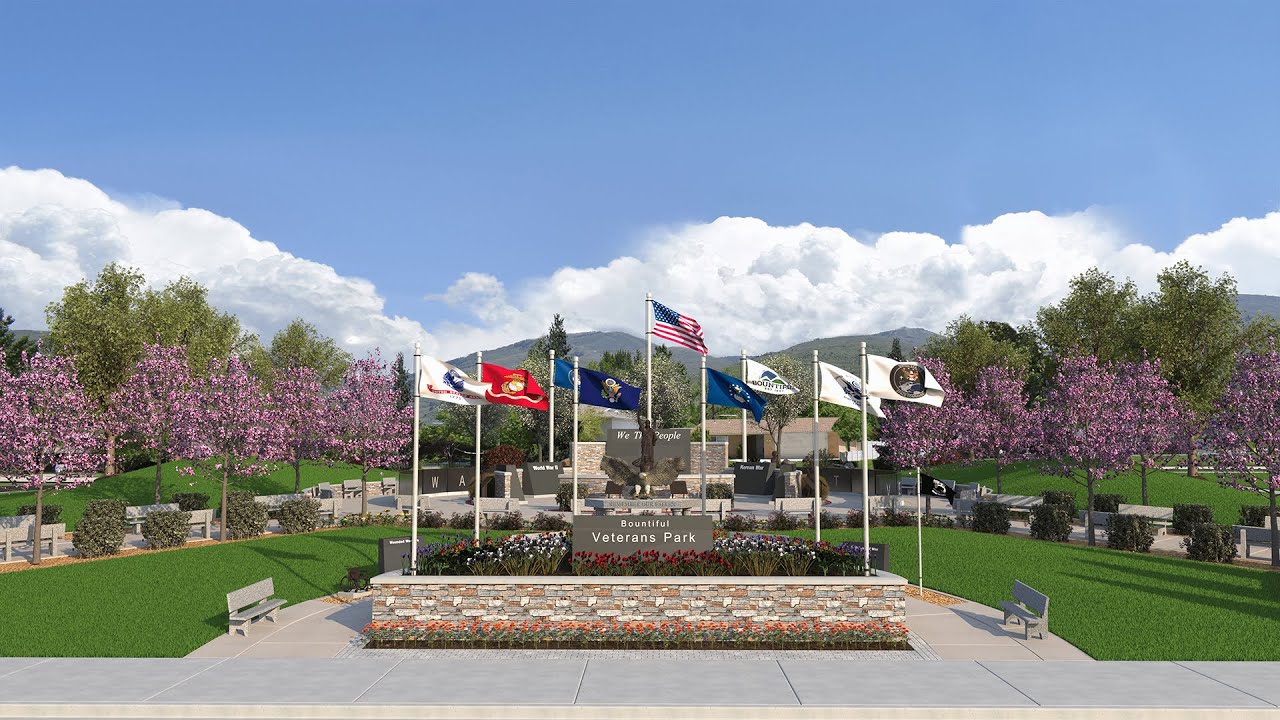 The Bountiful Veterans Park Foundation, a private non-profit organization, has constructed a new Veterans Park in Bountiful with private funding. The Park has a Veterans Wall with names of qualified veterans that people submit to us since we do not have lists of veterans. The Wall recognizes and honors those who:

The earliest “veteran” on the wall is Cyril Call who is buried in the Bountiful City Cemetery and his name was submitted by a family member. He fought in the War of 1812. In addition, we have the names of some early settlers from the cemetery who served in the Mexican-American War (Mormon Battalion), the territorial militia, the Blackhawk War, the Civil War, etc. The Wall currently has over 3,500 names on it and as the Foundation receives additional names, they will continue to add Wall panels as needed.

Anyone is invited to submit names for the Wall of qualified pioneers who served in any of the militias or other military forces of the time and who meet the criteria outlined above.

To submit names of those who qualify for the Wall, click here.

If you have any questions or need additional information, please contact: