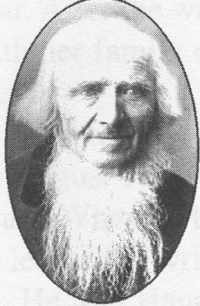 Hans Anderson was born March 3, 1806 in West Odarslov, Odarslov, Malmohus, sweden to parents Anders Carlsson and Hanna Pehrsson. Hans worked as a laborer during his entire life. At age 31, he married Hanna Jonsson. She was born May 17, 1808, the daughter of Jons Jeppson and Malene Andersdotter. She died a year later of dropsey on November 8, 1838 and was buried November 18, 1838.

Four years later Hans and his wife, daughter Karna and her baby, and his sister-in-law Inger Nilsson and her husband Jons Nilsson decided to emigrate to Utah and join their, family that had emigrated in 1866. They left Copenhagen, denmark on the 13th of June 1868 along with about 630 other people on board the steamer “hansia“.

When the ship attempted to leave Copenhagen, the brethren had considerable trouble with the police authorities there. After a successful voyage across the North Sea, Hans and his family and fellow saints arrived in Hull, England on Tuesday June 16th. They boarded a train that same evening for Liverpool. Here the group of emigrants found accommodations in seven different hotels.

Hans and Karna and their family and relatives on the 19th of June boarded the sailing vessel “emerald isle” and they were insulted in most every imaginable way. On the 20th this ship sailed from Liverpool carrying a company of 876 people of which 627 were Scandinavians. Elder Hans Jensen was the president with James Smith and John Fagerberg as assistants. They had 37 deaths on this voyage due to an outbreak of the measles and the stagnant and unfit water. Just 4 days before arriving in America, August 7th, Hans’ grandson Carl Fedrick Liljeroth died. The “Emerald Isle” arrived at the New York harbor on August the 11th. The emigrants landed at Castle Garden August 14th and the same day the saints were taken by streamer up the Hudson River a few miles where they found shelter until their baggage could be weighed.

The journey to Zion was resumed by railway on the 17th from New York and they traveled via Niagara, Detroit and Chicago to Council Bluffs where they arrived on the 21st. The following day (August 22nd) they were taken across the Missouri River by a steamboat. Afterwards they traveled by the Union Pacific Railroad to Benton, which was seven hundred. miles west of Omaha arriving there the morning of August 25th.

Hans and family and fellow Saints were met by Church teams which took them to the camp on the Platte River located about six miles from Benton. They were able to rest here for a few days until August 31st when Captain John G. Holman took Hans and his family and Scandinavian Saints by ox-team across the Plains and mountains to Zion. This company arrived in the Great Salt Lake Valley on the 25th of September 1868. Hans and his family went to Millville where they were greeted by his wife’s sisters, Sissa Sorensen/Pehrsson, Elsa Nilsson Jonsson/Nillson, and brother Ake Nilsson. They settled in Millville. Their daughter, Hanna and her husband, and their son Neils, later joined them in Utah.

In June 1874, Hans and Karna, and their daughter Hanna, and her husband Ola, made the long trip to Salt Lake City and were sealed by Wilford Woodruff in the Endowment House. Karna died November 30, 1881 and Hans died January 19, 1897 and was buried in the Millville Cemetery.