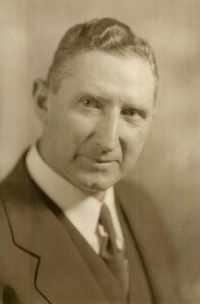 Mr. Free was one of the founders of the old sugar house mercantile, a consolidation of merchandise and services after the pattern of the ZCMI of Salt Lake City. He and his brothers founded Hygeia Ice Co. in 1910.  He was a major stockholder until his retirement.

Hygeia Ice proved a most successful venture, especially after it became a skating and hockey center, and it helped to finance several other businesses, including Garbo Chemical Co., Peerless Laundry, Hyland Lumber, Rock wood Furniture and other enterprises.

He also owned a trailer park and a service station. Former co-owner of Rosedell Apartments, he was a partner in the Southeast Bowling Alleys.

He was a charter member of the Sugar House Lions Club, an officer in the Salt Lake Executives Club and was active in the Sons of Pioneers until he became ill.

In church activities he was a high priest in Granite Stake and member of the first bishopric of Lincoln Ward.