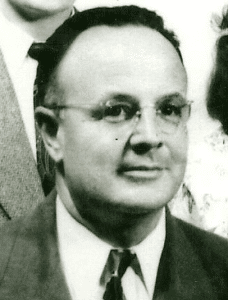 Mr. Fish spent 46 years in the field of education, part of the time teaching and the last 38 years of his life as a school administrator in Arizona, Nevada, Utah and California. He retired in 1960 and moved to Provo from Sacramento, Calif. in 1971.

He was active in the LDS church and served as a bishop, a counselor in three different bishoprics and in three different stake high councils. He was a temple worker in the Provo temple for seven and a half years and was a member of the High Priest group in the Pleasant View Fifth Ward.

Services were held in the Pleasant View Fifth LDS Ward chapel and burial was in the Wasatch Lawn Cemetery in Salt Lake City.