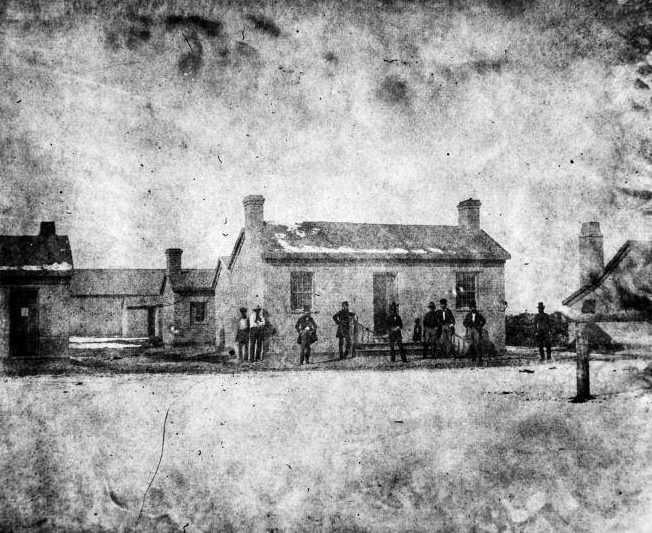 Fairfield, Utah County was settled in 1855 by members of the George and Ann Hough Carson family who were joined by three other families, those of william beardsall, john clegg and amos fielding.

George and Ann, with seven of their eight children—some with families of their own—crossed to Utah with the Harry Walton/garden grove company, arriving in Salt Lake City in the fall of 1851.  About two months later, George passed away unexpectedly.

In 1855 Ann, her youngest daughter, Mary Ann, and her five surviving sons, (William, John, David and his twin George Jr. and Washington) together with their young families, accepted a call to help settle Fairfield.

John is often credited as being the first settler of Fairfield, probably because he was the settlement’s designated leader.   William, the oldest brother’s wife, had passed away before they left Salt Lake City in 1854, leaving him with five young children to care for.  William would later marry three other women and would have an additional sixteen children.

After a handful of additional settlers joined the Carson,  Beardsall, Clegg and Fielding families at Fairfield, a band of Timpanogos Indians raided the town.  This band, native to Cedar Valley was headed by Tintic.  Indians were dying of starvation and they blamed the Saints for dispossessing them of their hunting and fishing grounds.  George, Jr. was checking stock on the edge of town, when he was attached on February 22, 1856 and was so severely wounded by the Indians that he passed away the next day.

On February 23, 1856 Washington Carson and Henry Moran were driving a small herd of cattle near Utah Lake when the same Indians attacked, killing both men and taking the cattle.  This was the beginning of what became known as the tintic war.

All three men left wives and young children, and their loss—and the loss of cattle—was devastating to the small Fairfield settlement.  Almost immediately town members began construction of fairfield fort, which on completion in 1857, was one of the strongest forts in Utah County.

Just as their fort was strong, the Fairfield settlers remained faithful and determined and strong in spirit.