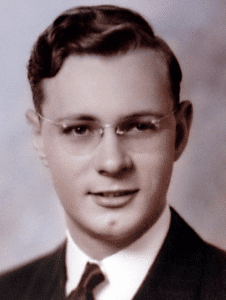 Eldred Hilmar Erickson, 70, died November 26, 1989. He was a past national treasurer of SUP. He was an accountant by profession and served as an auditor and officer of several corporations. He was a CPA and served as Field Auditor for the Utah Dept, of Employment Security. He served in the U.S. Army Signal Corps during World War II. He served in many positions in civil life, including mayor of Pleasant View, Utah. He filled a foreign mission in his youth, and he and his wife filled two missions in his later life. He is survived by his widow, 8 children and 35 grandchildren.