This article originally appeared in Pioneer Magazine, 1970 Vol. 57, No.1 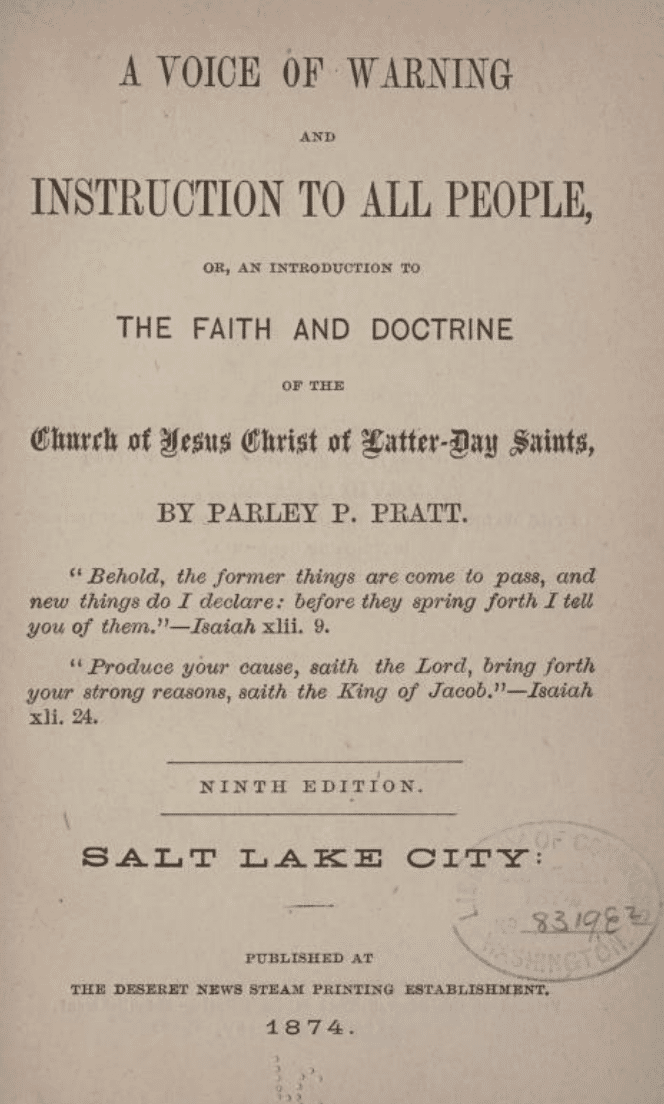 Because the Book of Mormon was a major part of the restoration of the gospel and provided new scripture from God, the early missionaries of the Church used it extensively in their missionary endeavors. It was their basic proselytizing tool.

They also used pamphlets from early Church leaders, such as:

Some missionaries created their own missionary tracts. For example, richard ballantyne (India) and Jesse Haven (South Africa), drew heavily on tracts by Orson and Parley P. Pratt, while making their own additions, as did Benjamin F. Johnson, a missionary to the Sandwich (Hawaiian) Islands. Those called to non-English–speaking missions created missionary pamphlets in the language of the people where they were laboring, such as dan jones in Welch and william howells in French.

One missionary pamphlet, compiled and published in 1851 by Elder Franklin D. Richards, president of the European Mission of the Church and one of the Twelve Apostles, was later adopted as one of the standard works of the Church— The Pearl of Great Price. President Richards, feeling a need for instructional materials for new members of the Church, gathered materials he felt were necessary for the benefit of the English and European Saints.

The “very important articles,” made available primarily in Great Britain, were:

The early missionaries used these basic sources, along with their own understanding and testimonies of the Restoration, to preach the restored gospel throughout the world.