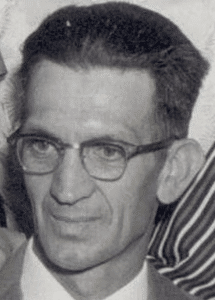 He received extensive education at the Box Elder High School, the Compton College and Long Beach College in California, Having held a number of positions in church activities he was active in Church circles all his life. He had lived in Willard, Ogden and Delta, Utah and Long Beach and Lakewood, California. After retirement in 1972 he moved to Huntsville, Utah.