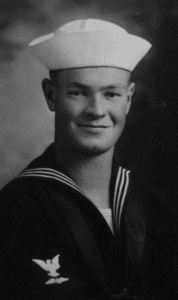 His schooling was at Layton Elementary School and Ogden High School. He served in the Navy Air Corps during the World War and completed an LDS mission to the Eastern States. On July 18, 1928 he married Fidelia Ellen Nelson in the Salt Lake LDS Temple and they had three children, 15 grandchildren and three great grandchildren.

In civic service he was elected to serve as Layton City Councilman from 1950 to 1954 followed by a four year term as mayor of Layton. In LDS church service he served five years in the Layton Fourth Ward bishopric and service on the Layton Stake high council. As a second mission for the LDS Church, in 1966-1968, he and his wife served in the Nauvoo Mission.