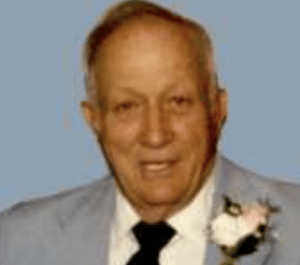 Merrill’s great-great-grandfather, Jacob Croft, born April 30, 1808 in Clark County, Ohio to George Croft and Mary Grits, [and] moved west to be with the main body of saints in 1856. As captain of the Croft company from Texas, he was sent to Millard County by Brigham Young, where he built lumber and flour mills and constructed dams over various canyon creeks flowing into Millard County. When young, he assisted his father in constructing dams and mills for the early pioneers of Clark County, Ohio, working at the settlements as they progressed along the Ohio and Mississippi Rivers down to Texas. By 1852, he was building dams and mills for the Cherokee Nation in “Indian Territory,” now part of the state of Oklahoma. It was said the Croft flour was as good as any flour in the territory. He died in Fillmore, Utah, July 3, 1900 at 92 years.

Merrill Croft taught in the Duchesne, Provo and Salt Lake School Districts, elementary subjects, industrial arts, physical education and driver education. He was supervisor for driver education before he retired in 1979. He supervised the recreational activities in Provo and Salt Lake City. He has a long record of service to the community as member of the Provo Junior Chamber of Commerce, member of the Amateur Athletic Association, Sons of American Revolution, Sons of Utah Pioneers from 1980 — being President in 1988 — Sugarhouse Chapter and as Sons of Utah Pioneer Memorialization Chairman in 1990.

His Church activities are service to the athletic, dance and administrative committees and in superintendency of [the] young mens program, seventies quorum presidency and high priest group presidency leadership. He has advanced to an eagle scout (gold palm). He served twenty years in scouting as scoutmaster and merit badge counselor.

Merrill served on a stake mission in 1948 and on a mission with his wife Melba to Missouri, Independence, being released October 20, 1983.